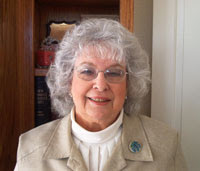 Do you have visions?

Mia Fleming does and she wishes she hadn’t been born with what some call a gift and she considers a curse. This week The Lotus Circle will release Visions of Darkness, the second in my Phoenix Agency books and the follow up to Always On My Mind. We meet Phoenix’s powerful CEO and Mia Fleming, who finds herself battling her psychic powers.

It wouldn’t be so bad if the visions always came to her in a timely fashion. Or if they were clear and easy to interpret. But too many times she’s carried messages that were wrong or came to late to help anyone. It raised a high level of skepticism with the police and others, and a burning frustration within herself.

She tries to focus on her position as an art historian for a museum, a job that requires a great deal of concentration and research and one she hopes will provide an effective block to her precognition. But after a long period of freedom from the visions, she is suddenly bombarded by them and they might as well be written in code for as much as she understands.

She’s smart enough, however, when she can’t push them away, to ask a friend to help her identify what she’s seeing and that leads her to send anonymous messages to Carpenter Electronics, warning them that their very secret new high tech project is about to be stolen. Dan Romeo, CEO of the low profile but powerful Phoenix Agency is called in by Chase Carpenter to find the sources of the warnings, and the trail leads him to Mia.

The electricity generated at their first meeting is enough to light of downtown San Antonio, but Mia shies away from personal involvements and Dan definitely has a rule about involvements in a case. But as Mia’s visions increase in violence and intensity and her life is threatened, as they work together to find the person planning the theft and the ones who have already killed three people, there’s no way they can deny what’s evolved between them.

Mia Fleming put aside the art book lying open on her desk, closed her eyes and rubbed her temples. She’d just been staring at the photo of the Da Vinci painting too long, that was all. As art historian and assistant curator at the DeWitt Museum, she was immersed in research for the private collection due to arrive at the museum next month. Part of her job was to gather information for the brochures that were printed and the press kits they distributed. And as usual, she’d been overdoing it.

Shoving her long brown hair, the color of rich chocolate, back behind her ears, she pulled the book forward and began to study the page again. And there it was. Just as before. Shimmering in the center of the photo of the Da Vinci painting. An ugly rock that looked like a misshapen lump of clay, bumping along, wobbling back and forth, with a pair of hands reaching for it. Then nothing except the original picture, undisturbed.

But she couldn’t tear her eyes away from the book. The image on the page kept shifting, first the photo of the painting, now that stupid little rock with its jerky movements. Finally, the shadow hands reaching for it. Like a broken record, the vision continued to repeat itself over and over again, taunting her to find its hidden meaning.

Mia slammed the book shut and shoved it away from herself. It was just like always. How on earth was she supposed to figure out what the vision meant? A rock was a rock, right?
Posted by Long and Short Reviews at 4:00 AM

yikes Mia; I agree, a rock is a rock BUT in this case it doesn't seem so.

Loved the excerpt. The Phoenix Agency books sound like some good books. I have added them to my list.