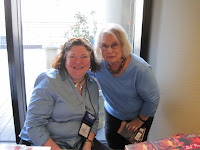 I’ve given you a taste of some of the other books in my Phoenix Agency series, but the one that I had the most fun researching is the latest one, Freeze Frame. My heroine, Kat Culhane, is a remote viewer, someone who is able to see things at a remote location. I was fascinated to discover the government had been using this method for years as a means of collecting additional intelligence information under a program called Stargate. Reading the declassified manual and talking to some of the people who have written about this psychic ability and who have it themselves gave me a whole new insight into the special gifts many people have. Here’s a little taste of the book for you. I hope it will draw you into the worlds of psychic talent.

Katherine “Kat” Culhane was a highly sought after remote viewer, but her gift was beginning to splinter, and just at a time when she needed it the most. Her sister Mari, along with Mari’s employer and his family, have been kidnapped. But Mike D’Antoni, a partner in the shadowy Phoenix Agency, is suddenly back in her life and could be the only person to help find the hostages. The chemistry between them is just as hot as it ever was, but they parted on very bad terms. Can they put the past behind them as they race to find and rescue the hostages? And what will happen when it’s time to say goodbye again?

Kat went through the routine again. Hot tea. Meditation. Focus on the map on the computer.

This time the picture emerged a little more sharply and she could see the picture was a restaurant. On the water. People stood under the canopy but unlike the surroundings, they were too blurred to distinguish. A flash of black swept across her vision. A truck. No, a van.

The image stabilized, frozen across the plane of her vision. The Wright family, Mari, some strange men.

Then they were gone. Erased as if by a swipe of a cloth.

The first thing she felt was exhaustion from the effort. The second was the sense of a terrible evil. Something was very, very wrong.

Trying to control her panic, she grabbed her cell phone, checked once more to see if Mari had called, then dialed the number of her sister’s cell.

She threw the phone onto the couch and flopped down next to it. What should she do? This was well past the time it should have taken them to arrive, get to the house where they were staying and settle in. What had happened in San Diego? Had they never even arrived in Hawaii?

She needed help from someone who could get answers for her. Mike D’Antoni’s name snapped into her brain at once. He had more resources than anyone she knew and could cut more corners. He was picking her up for breakfast but she couldn’t wait that long.

The clock in the kitchen read six forty-five. Too early to call?

The hell with it. She needed to talk to someone now.

Fishing the card he gave her out of her purse, she took a deep breath and punched in the cell numbers.

He answered after only two rings. “D’Antoni.”

“You don’t even sound like you were asleep,” she commented.

“Yup. It’s me.” She swallowed hard, dredging up her courage. She knew she was really about to impose on him. On their relationship, which at the moment had no clear definition. “Sorry to call you so early but—”

Just like that. No questions. She took another long breath.

“Kat,” he interrupted. “It’s all right. Just tell me what you need.”
Posted by Long and Short Reviews at 4:00 AM

now that is a neat thing - remote viewer. Never heard of it.

I have heard of the remote viewer, but didn't realize it was also refered to peopel who had the pyschic ability. The excerpt for Freeze Frame was really good.