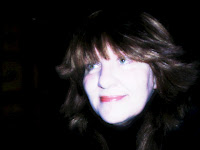 Hello again. I thought I'd include another excerpt from Sleeping With Skeletons. This scene is a text book example of two spies checking for tails prior to a meet.

Danny made his way to the outskirts of the crowd and stopped, glancing toward a bank of phone booths. Claire leaned against the last one, looking even more casual than usual. Her smooth brown legs were visible below the spandex jogging shorts she wore. He cursed under his breath when he saw the outfit. She’d won two gold medals in the Olympics, and though he had no trouble keeping up with her, he wasn’t prepared for a ten-mile run in a pair of brown loafers and tan dress pants.

He caught her eye, lit a cigarette, then turned and moved toward the street. He walked a few blocks, allowing her to follow and check for any tails he might have picked up. He felt fairly confident she wouldn’t find any, he’d lost the last one over a week ago. Once he was satisfied that she’d had ample time to check him, he stopped at a newspaper rack and bought a paper. He tucked it under his arm and looked down the crowded sidewalk.

Claire stopped, bent over to tie her shoe, then gave Danny the all clear. She turned and jogged off, heading toward the park.

Danny looked around once more, making note of who was in the area, and moved back into the stream of foot traffic. After a few blocks he was satisfied no one was tailing her either.

Claire skirted the park then stopped and did some stretching exercises, catching his eye as she did. Danny dropped his cigarette, grinding it under foot, and gave the signal that the meet was a go.

They were both clean.

Neither of them was being followed.

I hope you enjoyed this brief excerpt. If you'd like to spend more time in the company of spies, let me recommend my debut novel, Sleeping With Skeletons. Thanks.

I've enjoyed your posts this week and I'm looking forward to picking up "Sleeping with Skeletons". Sounds awesome!

Have a great weekend everyone.

Hi Deb, thanks for coming in all this week. I hope you have a great weekend as well, and good luck in the contest! Doralynn

I've really enjoyed getting to know you this week, Doralynn, and wanted to wish you a wonderful weekend.

Thank you Cathy! I hope you have a wonderful weekend as well. I appreciate all your kind comments. Good luck in the contest. Doralynn