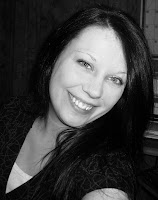 The Long and the Short of It is pleased to welcome Wendi Zwaduk and join her in celebrating the release of her debut novel Right Where I Need to Be. Wendi started writing the stories in her head about five years ago when she moved and left her teaching job. She usually has two or three stories going at one time, along with another one or two in her head.

Generally, she comes up with her hero first—what he looks like and his attitude; she then builds a heroine to give him a run for his money.

"Once I have those two characters in place, I work out the plot," she told me. "I'm a combination pantser/plotter. I write out what the plot will be, but it's always up to the characters to decide if that's the way they want to go. I have been known to let them deviate."

She had a story in mind about a cop and a stripper, but that one got bogged down in the details, so she wrote Right Where I Need to Be-- pairing opposite: a writer and an actor: she's country and he's city all the way.

"I wanted to play with the differences as see how they’d deal with each other, especially if the attraction is something they can’t fight," she said. "I sent what I thought was the polished and fabulous manuscript to a critique partner because I needed something to swap. Imagine my grief and ego crush when she suggested I should start all over again. But I did as she suggested and worked like a dog to get it going. I saw the things she pointed out and knew they needed addressed. When I submitted it, I was scared to death. I’m glad I went through the process and would do it again in a heartbeat."

There's a short race scene in Right Where I Need to Be and, in order to better describe the setting and immerse herself in the characters' world, Wendi spent quite a few Friday nights at the local dirt tracks observing the drivers and crews.

Another thing she does is take a notebook with her everywhere she goes in case she gets an idea for a story or figure out a section of another story that has her stumped.

"I once spent the better part of a dirt race jotting notes n a story idea instead of watching the action," she said. "Oops!"

If she gets really stumped on a story, she will chat with her critique partners or friends.

"I run the sticky part by them and we may brainstorm a way to fix it, or I may settle down with a good book I want to read and try to get inspired to keep going. If the story is good, then it will inspire you," she assured me.

Wendi likes to pull her titles from her actual manuscript—something the characters say that is pivotal.

"I want to reflect the general feel of the story in the title," she explained. "I also use song titles to inspire my titles because everyone has that one or two songs that inspire their lives and loves. Sometimes the best way to say what you mean is in a song (or a novel)."

Wendi's an artist by training, so when she's not writing she loves to create oil crayon drawings of animals and people. She also enjoys creating country crafts such as holiday ornaments and themed photo frames.

In addition to Right Where I Need to Be, Wendi told me she has four novel-length, racing-inspired manuscripts collecting dust, as well as two short stories published by The Long and the Short of It: Whipped Cream.

In speaking of the novels, Wendi said, "I know what I need to change; it's just a matter of changing them."

"When I was a kid, I wanted to be a history teacher. I loved getting lost in a good book and learning new things about a subject I didn’t understand. I loved learning about the Civil War and the 1960’s. As I went through school, I realized my skill in art and decided that would make the most reliable career choice. But reliable isn’t the same as making one happy. Art for me is a side job, but writing is my passion."

On a personal note, a saying Wendi uses a lot is "No worries."

When something gets me frustrated, I use that statement or when people get frustrated and I want to calm them down. I use it a lot also around the house because with four pets, a DH, and a DS, well, accidents happen," she explained." So, no worries."

Her favorite pizza? "My favorite pizza is one with mushrooms, onions, and green peppers. Oh and it better have lots of cheese. I love cheese."

Morning or night person? "Night person. I hate getting up in the morning. My mood in the morning resembles that of Garfield the cat on any given morning. I tend to think better under the gun and when I can use the entire night to work. If I have to get up early to make an appointment or in order to get things done, well, it might as well not get done."
You can keep up with Wendi on her blog, http://wendizwaduk.blogspot.com.
Posted by LASR/WC/A Admin at 4:00 AM