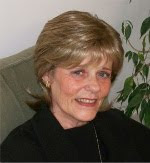 The Long and the Short of It is pleased to welcome Megan Johns, whose debut novel Path of Innocence was released by Devine Destinies last fall.

Megan shared with me that she's always enjoyed writing, but during her earlier career her writing was mostly confined to academic work. It was only when life slowed down for her – during a time of illness--that she truly discovered her creative strength. She found it therapeutic to be able to 'escape' inside her head.

When she's working on a project, she always tries to write something every day, even if she knows that it isn't quite right. She said she can always go back when she's feeling fresher to reshape what she's written. Sticking to a routine and setting targets of a certain number of words a day helps to keep her on track.

Her characters always come to her first, then the plot tends to evolve from the way in which they develp and interact, not only with each other, but with their environment as well. Megan tries to let her characters grow, almost organically.

I put them in a setting with which I feel a strong emotional attachment so that they can respond to the culture and surroundings," she told me. "I find that a sense of place is very important for my creative juices."

She gets so involved with her characters while she's writing that she tends to experience all of their emotions herself.

"I admit to needing a plentiful supply of tissues whilst writing The Path of Innocence," she said. She also admitting to keeping a box of tissues close by when watching certain movies.

The Path of Innocence is a contemporary novel, set in the UK, in London suburbia, East Anglia and Scotland. The main characters are Fiona and Roger, two young and naive adolescents from very different backgrounds, who are travelling precariously towards adulthood along a path of self discovery, love and sexual awakening.

Fiona is strong-willed and idealistic, a firm believer in true love and family values, although her naivety leads her into compromising situations and she struggles to live up to her own standards. Roger is already disillusioned by an unhappy childhood and his encounters only serve to deepen the wounds.

The book explores the challenges they face, following their ups and downs and the pain they suffer as a result of showing too much trust in those they perceive as friends, only to be betrayed.

When they eventually meet, it takes a huge leap of faith for Roger to let Fiona into his affections , but they do fall in love and it seems that they have finally found the happiness that has, so far, eluded them both. Yet, they are unaware of the powerful struggle Debbie, Fiona's mother, has with her own conflicting desires and which threatens to bring their happiness crashing down.

Debbie's journey is an important theme and the book explores her inner turmoil as she wrestles between the contradictory emotions of wanting to care for an invalid husband, whilst also nurturing a burning sexual desire.

And the dramatic consequence of Fiona and Roger finding out her dark secret threatens to shatter their beliefs in everything.

The question of whether their love can survive a cruel twist of fate hangs in the balance right up to the end.

Megan told me, "I particularly wanted to write fiction for women who understand that life is not clear-cut and The Path of Innocence is more than just a contemporary romance. It is also a deeply emotional book about the complexity of love and its contradictions."

Even though The Path of Innocence is her first romantic book publication, it's not her very first publication. That honor is reserved for a children's book she wrote based on her own child's first year at primary school. The aim was to help mystify the world of school for young children about to start.

I asked Megan what she liked to do when she wasn't writing.

"When I am not writing, I do some tutoring work. For relaxation, I take the dog for walks in the country which always helps to heighten my senses and clear my head. I would also like to say ‘gardening’ as ours is much in need of attention, but, alas, that would not be true. We have a vegetable plot which has failed consistently, so we have yet to achieve our original dream of ‘growing our own’," she said. "Holidays in France are always great for unwinding. I love Normandy and Brittany. Off the tourist trail, some of the isolated rural areas can feel like going back a century in time."

Megan loves the countryside and told me "since moving there, I feel really at one with my surroundings. We have a paddock at the bottom of the garden with three horses (not ours) currently grazing there; such a contrast to living in London, which had long lost its appeal, although I still enjoy the occasional theatre trip."

She and her husband are now empty-nesters.

"Apart from our own adorable, but incurably mischievous Cavalier King Charles," she added. "After losing our previous dog (no prizes for guessing the breed), we went for a year with the house feeling so empty that we just had to get another. "

Finally, I asked Megan, "What is one question you wish an interviewer would ask you?

"'How does it feel to have outsold J.K. Rowlings?"" she responded promptly.
You can keep up with Megan on her website, http://www.megan-johns.com
Posted by Long and Short Reviews at 4:00 AM