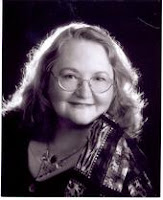 Fantasy writers are skilled world builders. Long before writing a single word of their stories, many will fill notebooks with all of the elements of their worlds. These often read like geography books, detailing climate, landscapes, flora, and fauna. Some read more like social histories and include the biology and cultures of the people they want to write about, histories of the cultures (including considerable backstory about specific characters), spiritual practices and rites, and even old tales, poem, and songs. Ursula K. Le Guin took that to the extreme in her 1985 work, Always Coming Home, an anthropological document about the fictional Kesh. But most of us are not so technical and just keep notes about characters and the environments they are in.

In order to create these worlds, authors need more than just a very active imagination. Naturally, they draw from places they have visited and people they have met, and they also will glean information from movies, television, and books that they have been exposed to throughout their lives. But there does come a time when writers need more. That is when research is done.

Research can either provide a simple answer to something the writer needs to know about or it can be the framework for accurate portrayals of specific cultures that are being fantasized. For example, if a writer were creating a world that was based on a society similar to the samurai warriors of Japan, he or she might read everything possible about the hierarchy within the society, what the history of the world was like at the time this group rose to power, the environment, what their clothing looked like and how it was made, where they got their food and what dishes they ate and how they ate them, types of transportation, weapons and armor, social rules, treatment of women, etc. An undertaking like this could take several years just to amass the necessary background information in order to begin the writing so that the work would reveal a very painstaking portrayal of a samurai-type society.

Another writer might take all of this same information and just use it as fuel for the imagination, breaking rules right and left, shaking up everything that had been written about the samurai in order to create something new and fresh. Frank Herbert did that when he created the Fremen on Arakis for Dune. Much of that culture, especially some specific desert words, was based on desert cultures on Earth, particularly the Bedouin.

Still another writer might just do research on samurai weaponry and model a blade that a single character uses. That same writer might also borrow from a variety of other cultures and historical times.

As fantasy writers, we have the opportunity to create something never seen before. Often, this allows us to offer new ways of looking at our own world, our own society, and the problems within it in fresh new ways. These worlds become foils for our own. That has always been the hallmark of great science fiction. It can also apply to fantasy as well.

For myself, I do research as I write—not usually before I begin a book. I will stop and look up information about food or herbs or the marriage customs of West Africa or what kind of tents Bedouin people traditionally have used in the desert. I’ll look at photographs and landscapes and write from that.

I did a limited amount of research for the first three books since they were based on an agrarian society that was fairly simple to construct. The spirituality was based on previous research I had done. I did look up information on herbs, drink, food, and building construction.

This last book in The Bowdancer Saga, The Lost Song, has been exciting to write because it involves a journey where the main character meets many different kinds of people, cultures, and lifeways. I have had to not only adapt the herb wildcrafting and foraging to a changing landscape but game availability and water sources. I have also had to create dress, customs, speech, and spiritual systems for different communities. I have gleaned information and then altered it to fit the different peoples that I have created. But I have to do this carefully.

When writing about other cultures, and especially about spiritual belief systems, as writers we have to be careful that we aren’t just co-opting somebody’s sacred teachings just to tell our stories. This is like the urban New Ager who drops into a Native American pow-wow and asks where the next sundance is and whether he can go watch. This is just so wrong on so many levels. Though the New Ager may have a sincere interest in finding something deeper spiritually and may really want guidance, asking to be a part of any sacred ceremony is already an offense. And, then to ask this at what is more of a community event (though some native people debate this and consider even a pow wow a spiritual ceremony) is insensitive.

We can create our own spiritual systems, but we have to make sure that what we do does not offend someone. A lot of times, that means obscuring the source from which the material is taken so that there is no resemblance to that culture. Sacred words should not be used, if possible. We’re writers. We should be able to make up our own sacred words or alter those we find in such a way no one would know.

There still may be readers who will find themselves or their cultures in our works no matter what we do. Sometimes, that is merely their interpretation. Sometimes, it is the strength of the spiritual system or the culture coming through no matter how hard we try to obscure it or twist it into our own version. That is what disclaimers are for and should be put into the prepages of your fantasy novel if you sense that there could be some confusion between your world and a culture in this one.

Research is an excellent tool, but do not let it dominate our writing energies or replace our imaginations. And, most of all, do not let the quest for accuracy supplant good judgment. We are writers, not cultural thieves.