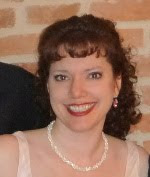 The Long and the Short of It is pleased to welcome Christi Barth, whose debut novel Carolina Heat was released in December.

"I threaded that theme through the entire book, and crafted a beautiful last line around it," Christi said. "Then my publisher told me they already had a book by that title and I'd have to change it. Sheer torture to let it go...quickly followed by the agony of starting from scratch. The book revolves around a Civil War mystery, but I couldn't use anything about that in the title, in case people got the wrong idea and thought it was a historical. Quickly got on to Amazon and scrolled through about 200 titles, just to get a feel for what's out there. It didn't help. For pure entertainment, I'll give you a sample of what I brainstormed (and quickly rejected): Sizzling Secrets, Tarnished Secrets, Magnolias & Murder, Palmetto Passion....yes, I'm well aware they all sound like bad soap operas. Scribbled about 20 ideas on a post it, and finally mixed and matched till I made a winner (I hope!)"

Christi feels one of the most important things a new writer could do is find a critique group.

"I've judged more than my share of contests, and this is my number one recommendation on most of the entries," she said. "Crit groups give you invaluable feedback, support, and most importantly, find all the errors you are too close to see."

"Do you ever suffer from writer's block?" I wondered. "If so, what do you do about it?"

"Hmmmm, I'd be a fool to say yes, because at the RWA conference this summer, we were repeatedly told there is no such thing as writer's block, and to sit your butt in a chair and make the words come out!" she told me. "That being said, I do hit spots in the plot where I'm not entirely sure what should happen next. The ideas flow most freely on the treadmill (funny, because I LOATHE exercising!). I think it's the distraction of the physical being that allows my mind to float freely. Happens driving in the car, too. Between those two things - and just forcing myself to figure it out - I can usually move forward quickly."

The hardest part of writing her book was not giving up. In so many careers, she shared, advancement is a given if you simply show up every day and do what's expected. In writing, however, there's no guaranteed pay off for a writer, and there are definitely times Christi questioned why she was wasting her time at the computer. In fact, if she could know the future, she'd like to know if she were going to be successful as a writer or if she should give up and throw all her energies into something else. Instead of giving up, however, she began giving herself attainable goals.

"The rush I felt when I finished Carolina Heat at one in the morning was amazing, and worth it," she admitted.

" What comes first: the plot or the characters?" I asked.

"Sounds like you're trying to make me answer the age old question of the chicken and the egg," she replied. "You can't have plot without characters - they grow organically out of each other. I do start with probably a single sentence idea for the plot, and then come the characters, and as they evolve, the plot does as well."

Christi wanted to be a singer when she was growing up, and she did perform in musical theater and opera for ten years. She also dreamed about writing, however, writing her first book the summer she was twelve.

"It was a 60 page epic titled Alyssa's last Look, and I shudder to imagine how horrible it must've been," she admitted.

Because of all the years she spent as a performer, she thinks, she does her best writing at night—after 9:00. "Not convenient at all," she said, "since I have a day job I have to get up for in the mornings. I've tried all sorts of things, but no matter what, the creativity doesn't kick in until 6 pm at the earliest. Then when I force myself to go to bed, my brain is stuck in overdrive on my story. Can't wait to make it big so I can write all night and sleep til noon!"

One of the most surprising things she's learned is that, for her, sex scenes are the hardest thing to write.

"Very clinical and choreographed. I have to pay attention to how many times 'he strokes with his hand', or 'she tingled at his touch', etc. I will write dialogue effortlessly till the cows come home, but sex scenes are the WORST!"

On a personal note—

Christi took German in the 9th grade and ever since, she's crossed all her 7's. "It feels weird," she said, "and I should probably stop, but it's become an ingrained habit."

The strangest thing she's ever eaten is walleye cheeks. "I used to live in Minnesota, where they eat walleye day and night (and put it on a stick when they serve it at the state fair)," she explained. "It really is the cheeks of the fish. I'll eat almost anything, but I have to admit it weirded me out a little."

She wishes scientists would invent a teleporter. "I am deathly afraid of flying - I make myself physically ill with my fear," she admitted. "And it is very hard to drive to Europe!"

"You can erase any horrible experience from your past," I told her. "What will it be?"

"Easiest question of the day. Last winter I got chicken pox for the first time (at age 38!). It is an entirely different disease as an adult - very, very serious and much worse in every way. Took me about six weeks to get over it...but my bruised vanity will take longer as the scars fade. Could definitely have lived without that experience."

She's currently working on Cruising Toward Love about two people who think they hate each other, but are forced to share a honeymoon suite on a Caribbean cruise.

"It's safe to say by the time the cruise ends, there'll be a happy ending!" Christi assured me.
You can keep up with Christi on her blog, http://wordwranglers.blogspot.com
Posted by Long and Short Reviews at 4:00 AM