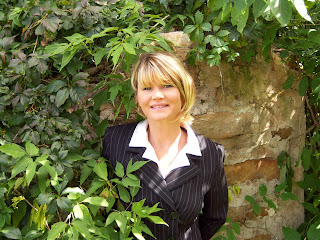 I would like to thank The Long and Short of it Reviews for my author spotlight this week.

My mom is famous for biblical and inspirational quotes such as, ‘Do unto others’, and ‘What doesn’t kill you will make you stronger’. She is also the person that told me repeatedly that I have a good imagination and should write books. I had a rocky start to family life until my parents adopted me at the age of seven. It didn’t kill me, so in fact, Mom was right; it made me stronger and in my shyness I turned to creativity.

I began having recurring dreams about a house that my birth family lived in for a brief period of time when I was a child. Even with the passage of time, in the dreams I remained a young girl. I could see myself standing on a desolate street void of sound, lights, or cars. Next, instead of watching myself I stared through my own eyes at the ominous house. The dream never progressed, and I never entered the house. Each time I woke up I knew that I had experienced the dream before. The dream began to trouble me, so I discussed it with my sister Tammy. She suggested I write it down, in the hope that it wouldn’t bother me anymore.

I began recording the details of the dream and then instead of it not bothering me, it consumed me. I continued to dream about the house, but now the dreams began to evolve and take on a life of their own. It became a movie in my imagination; the characters developed and demanded screen time. I placed a notebook, flashlight, and pen beside the bed. My husband would wake up to find me holding the flashlight and frantically scribbling in the notebook. 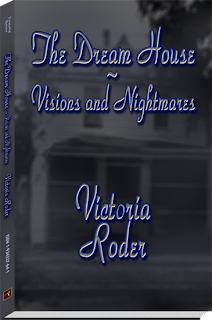 Those dreams became the premise for my paranormal romance novel The Dream House Visions And Nightmares. It is a murder mystery wrapped in a paranormal ghost story. In The Dream House Visions And Nightmares, apparitions and vivid dreams reveal clues of mystery, murder, and age-old revenge. Recurring dreams of a house Hope Graham's family rented when she was a child taunt her nights with images of a woman in a bloody nightgown pleading for help. Dream sequences of children metamorphosing into rats, blood spewing out of windows, and walking across decaying bones, foretell of sins of the past and forewarn of danger in the present. In an attempt to end the agony of her sleep deprivation, Hope travels to her hometown...only to discover that the truth can be more frightening than a nightmare.

Check back tomorrow for fun information on dream interpretation research that I used in The Dream House Visions And Nightmares. My novel is available on the publisher’s website asylettpress.com, amazon.com, and barnesandnoble.com. To find out more about me, please view my website www.victoriaroder.com and stop back daily for the rest of the week. I look forward to introducing you to my Action Thriller, Bolt Action due out April 2010.
Posted by Long and Short Reviews at 4:00 AM

I really enjoyed your post. It made me think of a house from my own early childhood. I still often dream of it and sometimes I think it's significant of how sad my mother was at that time, and how it was the first place she and I lived in on our own. (Plus the upstairs had some strange funky vibes about it which I'll never forget...maybe fodder for a future story?)

Thanks for sharing that post. Your book sounds awesome!

It's so interesting to learn how your dreams turned into a writing career for you. Thanks for sharing. Your book sounds spooky and great.
Stacey

I loved your post!! I think many years I should have done like you. I have very odd and weird dreams, even to this day, and I remember the details for days. They even continue from night to night at times. I should have been writing them down and maybe they could have been a book in there.

Thanks for the comments, ladies. I think you should all keep a pen and paper by the bed. You never know where your dreams may take you.
Vicki

What an incredible book, I just couldn't put it down. Your descriptions were riveting and I was totally engrossed until the very last page. I can't wait to read Bolt Action!