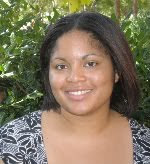 The Long and the Short of It is pleased to have Nicole Green, whose debut novel Love Out of Order, is being released today by Genesis Press. Here's a little bit about the book:

Denise Rich isn't interested in anything except getting her law degree and becoming a lawyer. There's a plan. A very good one. And John Archer isn't part of that plan. But he comes along anyway and blows the plan to pieces. He takes away her ability to hold everything in perfect order. Up until him, she was happy to live vicariously through her two best friends, Suse and Astoria.

At first, Denise thinks what John gives her in trade for her old life is worth the disruption of everything she's known -- a chance at real love. And it is until he takes it away. Denise is now at the end of her ability to love and believe. Her journey to get that ability back is a rocky one that involves a trip to Vegas and almost ends in disaster.

Along with her writing, Nicole is attending law school at the College of William and Mary in Williamsburg, Virginia, where she can often be found at midnight "writing. And definitely not reading for class like I should have been." Because she's a night person, she admitted that she her early morning classes sometimes give her trouble.

Nicole told me she's been writing stories in notebooks as long as she can remember. "I've always loved telling stories," she said. "Apparently, when I was little, I'd talk my relatives' ears off with my stories. When I was seven, my teacher entered a book I wrote in a contest and it won 2d place! It was about the seasons."

Notwithstanding her first book, when it comes to Nicole's writing the characters definitely come before the plot.

"They pop into my head, start doing something, and I just start writing it down as it all unfolds. I very rarely plot in advance or outline. When I do, my plotting is very vague," she confesses. "I'm a big fan of the Stephen King uncovering the fossil method. Until I read his book,On Writing, I thought I was doing it all wrong."

Stephen King is also one of the authors who has affected her own writing, "even though I don't writing in the same style or genre," she shared. Others include Anne Rice and J.J. Murray.

Her favorite author, however, is hard to narrow down, she admitted. "If I had to try, I'd say right now, it's Crystal Hubbard," she said. "A good story and characters I love combined with good writing is my absolute weakness. That's what makes for a book I can't put down."

"What advice would you give to a new writer just starting out?" I asked.

"KEEP WRITING. Just write, write, write at least something, if only a paragraph, every day. And get feedback. Even if sometimes painful, when you're ready to take your writing seriously, it's very necessary."

She lives by that mantra—even when she's suffering from writer's block.

"I write if I can, even if I think what I'm writing is crap. I can revise the crap out later. But it's important to keep the routine or writing going. If I really can't bear to look at the story, which is rare because I usually try to make myself write through the block, I work on something else, like a short story or a blog entry. But the point is, I'm still writing something."

In Nicole's opinion, one of the most important elements of good writing is to know the rules.

"You can break them later, but know them. This means pick up Strunk and White, the Chicago Manual of Style, etc. IF you are unsure. But most of the time, if you read a lot, chances are you've already learned them. That and having a strong voice. Without a strong voice, the words fall flat on the page and they're usually pretty dull to read."

On a personal note, Nicole hates how she looks in pictures most of the time—most of the time. "My old boss took one I absolutely adore and now I use it for most things when I need a picture," she said.

"Nothing. It all makes for good material when it comes to my writing," she replied with a smile.

And for the future? She'd like to know when she will get married. "Or ummm," she amended, "will I get married?"

Nicole also shared with me that she does cry at movies—one of the latest was at The Secret Life of Bees. "The book didn't make me cry," she said, "but the movie got me."

Her favorite pizza used to be pepperoni. "Since I no longer eat mammals," she told me, "I guess I'd have to go with veggie. All kinds of veggies…but especially, and at least, peppers, mushrooms, and onions."

Finally, I asked, "What stereotype would you label yourself as?"