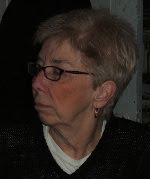 The Long and the Short of It is pleased to welcome Lynn Romaine.

Lynn has written academic stuff and some nonfiction, but she never thought about writing fiction until she told someone she's always had stories inside her head. When she was a little girl, she used to sooth herself at night or nervous situations. They challenged her to write the story down. She did and four months later, her first book was finished. A month after that, it was contracted.

She's still working on learning to write better, however; it's one of her passions. She shared with us some things she feels strongly about—"1) Showing rather than telling a story (painting a picture with words). 2) NEVER use a cliché if you can help it (i.e., bulging thighs, chocolate eyes, exploding passion, etc.) Try and find a fresh way to say those things. 3) Edit, edit, edit (after you write it first). The average best seller is edited 5-6 times. My 3rd book just out (Long Run Home) was edited 16 times! 4) Remove the overwriting (and we all do it in learning the craft) - overwriting is adding too much information, too much description. A perfect example is describing the 'fluffy potatoes' and 'steamy rolls' at dinner between the characters, or 'she slipped into her Luqz Bergman white leather running shoes.' It's done all the time, even by best sellers, but it's bad writing. Good writing is looking to hone down while still capturing the experience for the reader. 5) Avoid adverbs completely if possible - 'she ran lightly' and 'when you catch an adjective, kill it. No, I don't mean utterly, but kill most of them--then the rest will be valuable' (Mark Twain). 6) Use short sentences - see overwriting (I have this habit bad - on and on and on)."

Lynn's characters always come first—they are about the development and growth of a specific character. The plot is used to move that development forward. Her books all open with a catastrophe or other bad circumstance—usually murder since she writes romantic suspense—where the heroine is challenged. "She learns throughout the story that she's been living in a lie or an illusion about life and she has to come to terms with a new way to live. She discovers that she can create her life and design it newly," she explained.

She's currently working on The Reckoner, about a woman of thirty who murdered two men when she was fourteen.

"It sounds gruesome but it's about how one deals with being a good person but doing something really bad - how do you live the rest of your life? My heroine, Sonny, killed her older sister's rapists after she finds her older sister dead, having hung herself after being raped. The story opens in present time with the character working at a low income day care center in Manitoba where she meets a detective. They fall in love and marry and then suddenly her past deed she's trying to atone for is uncovered. She and her husband who is committed to justice, have to come to terms with her past actions and reckoning for it."

After the characters and theme, Lynn feels the next most important part of the book is the title.

"My titles have to come to me in some way - I wait for them to show up before I even start writing," Lynn explained. "Leave No Trace came from my daughter who was getting a degree in environmental science; Blind Spot came from Landmark Education's distinction around something that runs our lives but we don't see it. Long Run Home came from having a vision of my character running in the desert, trying to escape being caught by the FBI and the murderer."

Her fourth book, Night Noise, is in the editing phase. It's a romantic environmental suspense—a woman who has a great life, a nice family, and a wide open future working as an environmental engineer at a steel mill in northwest Indiana on Lake Michigan. It all changes on one beautiful spring morning when she discovers her parents and kid brother murdered, execution style, in the family kitchen. From then on, her life is about finding the killers. She teams up with an FBI agent from Chicago who's investigating a threat to the Chicago water system to uncover ecoterrorists, the murderer and ultimately discovers the source of the family murders was an incident that happened when she was a child.

Lynn finds editing the hardest part of writing her book as well as being the most fun.

"It's the place to experiment with words, find the one true word that fits. It can be very tedious but also the most rewarding," she assured me. "The other hard part is connecting the story line for someone like me who writes scenes out of order. Then I have to figure a way to join them and make some sense."

I asked Lynn, "What advice would you give a new writer just starting out?"

"Write and write and write. Like the Malcolm Gladwell book The Outliers says - mastery is a matter of practice - 10,000 hours always produces a master (about 10 years at 3-4 hours a day). WRITE AND DON'T EDIT! Editing comes after a book is finished. (Or after a chapter is done if you're of that mind) Then you go back and comb through each sentence to make sure it says what you want, always bearing in mind we're like screen writers - we want to show our story in words to the reader - not tell it to them. We want to paint a picture and let the reader live in that picture. To do that, we writers need to find a way to put ourselves into the middle of our story and be the characters. But mostly don't judge yourself (if that's possible) - just keep writing and trust you have something amazing to say (we all do)."

Lynn shared with me if she could, she would erase the death of her older sister when Lynn was fifteen. Lynn was supposed to be in the car with her, but wasn't.

Lynn's always promoting and speaking for young women around the world to discover their own self-expression; to learn how to create their own lives and make a difference on the planet.

" What was one of the most surprising things you learned in creating your books?" I wondered.

"That I have many stories inside of my head wanting to be told. I believe we all do. It's simply a matter of taking the foot off the brake in the mind (the brake that screams I don't have anything to say!)."
You can keep up with Lynn on her blog, http://womenwritersunderground.blogspot.com
Posted by Long and Short Reviews at 4:00 AM