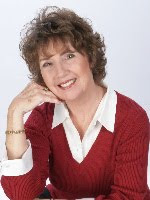 The Long and the Short of It is pleased to have Sandra Kay, whose debut novel, Heart of Stone, was released this year. Not only is it her first published book; it's the first book she ever wrote. Even though she had received rejection letters, after putting it away for awhile and concentrating on other projects, she pulled it out again, revamped it, and submitted it to The Wild Rose Press.

I asked her to tell us a little about Heart of Stone.

"I wanted to write a series, so came up with the idea of a cattle ranch owned by 4 siblings—3 brothers and 1 sister. Heart of Stone is about Stone Brandon. Books to follow in the series are: Cady’s Chance about Stone’s sister, Cady. Tyler’s Love about Tyler Brandon. And the last book is about the baby of the family, Jefferson Brandon. No title for that one, yet."


HEART OF STONE is a contemporary romance taking place in the Hill Country of Texas. It is a story of love and betrayal, with elements that will resonate with today’s readers.

Stone Brandon, betrayed in the cruelest of ways by his ex-fiancée, has erected a wall around his heart. He vows that he’ll never fall in love again. Instead, he spends his time working to expand and modernize the family ranch, Brandon Cattle Company.

Amber Wilson, alone and pregnant with twins, answers an ad for a bookkeeper at the Brandon Ranch. She only has a fuzzy memory of the night she conceived, but the faint images keep her from wanting to know more. Rape is too horrible to contemplate. Besides, things like that happen to other people, not her. No man will get close enough to hurt her again.

Can love be found amid the tangle of distrust and betrayal? That’s the question Stone and Amber have to come to terms with. Will either of them be able to put the past behind them, and take a chance on love again? Stone sees his own lost dreams in her rounded belly, but he admires and respects this young woman, who is strong enough to carry her baby to term and determined to raise the child alone.

He wants to help her, so a platonic marriage seems like the logical answer for both of them—that is until he realizes that a marriage in name only with Amber is a hell of his own making. Slowly, his heart melts. Just as slowly, Amber begins to trust.

Two extraordinary people, Amber and Stone begin the journey of healing old wounds and opening their hearts to new love. They both learn the true meaning of love and commitment. They learn to put the past behind them, and face the uncertainties of the future together.


Sandra told me one reason she writes romance is that, quite simply, she's a romantic.

"I love the idea of romance," she said. "I love being in love. I’m fascinated by men. Growing up in a family of girls (my dad died when I was 8, so it was my mom and 2 sisters) I never had the experience of watching interaction with a man. I didn’t even have brothers to tease me, so didn’t know what to make of little boys. Now, I notice masculine traits. Even the mundane—reaching in a back pocket for a wallet—can be sexy when done by the right man! "

Especially when those men are dressed in tight Wranglers and Stetsons. There's a reason Sandra writes contemporary westerns.

She also used writing as a form of therapy after her three brain aneurysm surgeries.

"My head consists of titanium clips, coils, surgical glue, saline bags blocking the carotid artery on the left side, and a metal plate on each side of my head. So far I’ve made it through airport security okay, but I carry a medical card in my wallet just in case!" she said. "After the surgeries, the psycho-analysis showed that I had 'word seach' difficulty (finding the correct word for what I wanted to say). A friend suggested that we write a romance book as a form of therapy. We did, and enjoyed so many moments of laughter and fun. She eventually dropped out, but I persevered. I have to give her a lot of credit for my success!"

One of the books Sandra's working on—Tomorrow's Promise—takes place in southern California during wildfire season.

"Since I had to evacuate during our last fire, I have some experience with the choking air and dark skies filled with smoke and ash," she said. "Also, the eerie glow in the sky, and the way a fire jumps from spot to spot depending on where the wind blows the embers. Tomorrow’s Promise is about a young couple who are involved in a fiery car accident in Texas. Samantha Blake is now in southern California where she has had the best reconstructive surgery. Still, when she looks in the mirror, she sees scars. Jake Markey spent time in jail for DUI, but now he’s out and searching for his wife, Samantha. Can he convince her to trust him again?"

Sandra told me she has a very cute blonde Pomeranian.

"Actually, we acquired him because he was a gift to my grandson from his paternal grandparents," she explained. "Since my daughter and her children live with us, the dog lives with us. If any of you know Pomeranians, you know they aren’t really the dog for a rough and tumble boy, so my husband and I have fallen in love with 'Teddy.' He looked like a teddy bear when a puppy, so that’s what my grandson named him. Teddy is cute, loveable, cuddly, and a great watch dog. He is, also, a major pain in the neck because he barks so much! I’m still trying to train him to stop when we say 'it’s okay.' Sometimes I feel like a prisoner in my own home, because whenever the door bell rings, Teddy goes crazy—barking and running to the door. It’s so bad I can’t even hear what the person at the door is saying. Very embarrassing! Any dog owners out there have suggestions for me? I’d welcome them."

I asked, "What is your strangest habit?"

"Life strikes me as funny! Sometimes I laugh inappropriately, because I see humor in situations that others might find more serious or politically incorrect. As an example: When you leave our neighborhood, you have to turn onto a fairly busy street. Often, I’ll see women pushing baby strollers down this street, and it always struck me as dangerous. When the city repaved the street, they put in a bicycle lane. While driving with my daughter, I just commented off the top of my head, 'Oh look, a stroller lane!' I thought it was hilarious. She thought it was definitely not PC."

Finally, I wondered what advice Sandra has for an aspiring writer.

"Keep writing and don’t give up," she replied. "Take classes. Join writing groups. Have a critique partner or group. Don’t be afraid to submit to editors. And, don’t let rejection letters destroy you."

You can keep up with Sandra on her blog, http://www.sandrakayauthor.blogspot.com
Posted by Long and Short Reviews at 4:00 AM