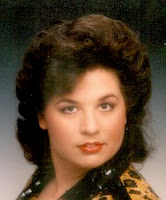 We have four siblings, two brothers and two sisters, all born within minutes of each other. No, they weren't angels, and in Brooke's story, you begin to get that idea. There's a little more of the family history, of their background, in her story. She's a gentle, soft-spoken woman with a heart of a lion. She's not shy about giving as good a she gets. To steal a line from the book, Bram says, "I had a picture of a cute lady with a sunhat and trowel. ...This ain’t her.” And believe me, he isn't saying she isn't cute. Brooke really blooms through this book, but her heart stays true and that is important with a character in a book.

When she meets Mitch, it sends her entire world into a tailspin. We all know it's because it's suppose to, but work with me here. Mitch was almost a thaw during the duration of the story, a slow realization until that one moment when he gets smacked by reality. And reality isn't gentle either. I love those moments. A little torture goes a long way. But then you also see the brother bond between Mitch and Bram, so the concept of family is a strong thread throughout the books.

One aspect that did take me by surprise was the depth and scope of Brooke's magic ability. Come back tomorrow to hear about it!
Posted by Long and Short Reviews at 4:00 AM