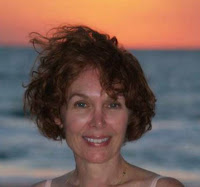 She never wore a watch.

This is the first sentence in my romantic comedy, Butterfly. The heroine of Butterfly is Flannery Sloane and that short sentence tells volumes about her attitude toward life.

I have been asked numerous questions about my novels, about writing, how I manage my time, where I get my ideas. The one question I have no trouble answering in one word is… “Are you Flannery Sloane?”

My response is a definite “No!” Sure, I have red hair, green eyes, I’m almost all Irish and can play the fiddle, but the resemblance ends there. Flannery never wears a watch…I’m neurotically punctual. She is twenty-three…I’m much older. And, to my chagrin, Flannery Sloane is a better fiddler than I could ever dream to be. On the other hand, I would love to be her friend. She is a bohemian free spirit. In a purely Irish expression…she can tell a man to go to hell and make him look forward to the trip.

To me, the joy of writing is all about make-believe. As a novelist I can invent, create and fantasize. Putting myself in the story would rip the fun right out of it for me. Flannery was great to hang out with while I wrote her story. She made the story easy to write and it was hard to say “The End.”

It has been gratifying to me that readers have had the same response. They want to know what happens to Flannery and Cade after the end of Butterfly. They ask if Flann will appear in the other books of the Fadό Trilogy. The characters seem to take on a living, breathing reality with a past and a future.

Here’s a bit of a spoiler for those of you who loved Butterfly and want more Flannery, Cade, Jamie and the rest of the Sloanes. Yes, they will be back. That is one of the best parts of writing a series. I can prolong the “good-byes.”

Her left hand rested on the table beside her glass. He wanted to touch her fingertips, see if there was some magic in them. He had noticed earlier that she had a simple band of woven gold encircling her right ring finger, but no jewelry on her left and her fingernails were short and unpolished. Her right earlobe was pierced with a dangle of tiny moons and stars, but not her left.

At first he was certain she must have lost the mate to her earring and wondered if she even realized it was gone. Then looking closer at the delicate curve of her ear, he noticed the left had not been pierced at all. It was so unusual.

She was so unusual. She came off like a brash, street-smart kid who could belt out a barroom ditty and make a man choke with laughter. Then, before the mirth settled, she would pick up her fiddle and tear his heart right out of his chest with a haunting ballad.

Cade watched her, curious that for every sip of Harp, she took a swallow of her water. Was that some kind of Irish thing or a Flannery thing? When she reached across the table and touched the back of his hand a bolt of electricity traveled up his arm and into his chest, triggering an extra beat of his pulse.

“Sorry, can you tell me the time?” she said in a whisper.

He glanced at his watch. “Ten minutes after seven. I have a proposition for you.”

“Jaysus...I’ve gotta get me arse outta here.” She gathered her fiddle case and stood. “I’ve a dinner date, and I’m late. Thanks for the drink.”

“But...what’s your phone number?” He stood, pulled his phone out of his pocket, ready to punch in her number.

She was almost to the door.

“Oh, I’ll be around and about.” She blew him a kiss and was gone.

Butterfly is available through www.thewildrosepress.com and most online booksellers in trade paperback and electronic editions.

Please join me here at LASR tomorrow. I’m going to explore what every woman wants…a hero!
Posted by Long and Short Reviews at 4:00 AM

Thanks for the excerpt Clare. I love series too, I always want to know what happens after the HEA, or what happens with other characters in the story.

Since I enjoyed reading the excerpt, I know I'll love the book.

When you started the series, did you decide how many books it will have?

When I got about half way through Butterfly, I knew I wanted to make it a trilogy. Because there are three siblings...the trilogy idea fit. I would also, someday, like to give one of the secondary characters, Jamie, his own book. He's a different kind of hero to be sure...not your handsome, rich, sauve type guy, but oh so loveable!
Clsre