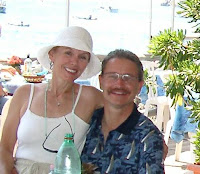 Heroes? You’ve got to love them. But, you don’t have to like them right away.

The dedication in my novel, Butterfly reads “To my husband, my hero.”

The question …Is my husband the hero in the book? No. Not in the sense one might think.

So, where do I get my heroes? Honestly, they come out of my imagination. They are not anyone I know in entirety. A little of this… a little of that and a lot of make believe.

I’ve done an informal survey on what women really want. The answer, not analyzed in any scientific way but good enough for me, is simple. Women want a hero.

We want someone who will stand by to protect our honor and our hearts as well as our lives if we get into a jam. And, it helps if that hero also tells us we are beautiful and smart, even when we doubt ourselves.

Where did I get Hunter “Cade” Kincade, the hero in Butterfly? Cade began as a much milder character with a different name altogether…Scott. I got into a few chapters of Butterfly and he couldn’t keep up with Flannery. She was too strong for him. She was in danger of losing interest. If she loses interest, the reader is not far behind. Scott had to go. I picked through the population of characters that live in my head and came up with Hunter Kincade…a bad boy, college drop-out from a privileged but wildly dysfunctional family. Cade was the kid in primary school who attracted all the worst friends and then became the leader of the pack, wreaking havoc on the playground and causing his teachers to rethink their careers.

As he admits to Flannery on their first meeting, he’d been picking up girls in the Quincy Market since he was ten years old. By middle school he was drop dead handsome, dark, brooding at times with a little half smile that scared adults and gave girls whirligigs in their tummies. Consequently, he was breaking hearts by the age of twelve.

But great looks and a rotten attitude does not a hero make. The hero is under the skin, beyond the checking account, devoid of family history. The real hero is in his heart and soul.

At some point in every romance, the true heart of the hero is uncovered. With some characters it takes a good bit of effort on the part of the heroine. When it happens, he is often stunned, can become angry, threatened and might retreat.

This is how that moment feels to Cade:

Cade was not sure he felt or heard the quiet cataclysm, the shattering of something crystalline in his chest, but the falling away of a shield of the frailest nature was baring him in a new way. The rawness of it was pain and joy, confirmation and mayhem. Flannery alone had the ability to take his newly hewn heart, handle it with care, or tear it from its fragile moorings and dash it to the bottom of the sea. He was beginning to speculate what his days had been like before her...and if he could imagine them without her.

I like a flawed hero. He can be far from perfect at the start. But, he has to be redeemable and must learn to have a capacity for love. He can even be outside the law if it is for a gallant cause. He doesn’t have to like her cat or her mother. In fact he doesn’t have to like anyone! And, here’s an interesting truth: the reader does not have to like the hero at the beginning of the story. He can wheedle his way into your heart and the heroine’s. That’s what makes a story…growth.

Butterfly, available in print and e-book from www.thewildrosepress.com, amazon.com, BN.com and Fictionwise.
Posted by Long and Short Reviews at 4:00 AM

Hi Clare, I glad you changed the name from Scott to Hunter (Cade)because I dated a few Scott's and there nothing that I want to remember from them, lol.

Oh, Dena, that's funny. I was think along the same lines except my last boss is named Scott ahnd he got on my nerves!