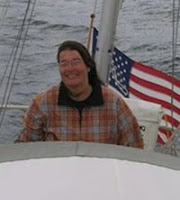 Lin Li has no memory of a time before she loved SunLee. He is an old-fashioned sort of man, practicing tai chi and communing with the river creatures as in times of old. She knows he is promised to another, still, she secretly shares his dawns. She wishes to stop time and stay forever on the leaf-spattered trail where their lives entwine.

The day approaches when the mighty Yangtze River’s current will still, and the finest things in her life must end. Her love for SunLee, like the unimaginable beauty of the Yangtze lotus, will fall away to no more than myth. Sorrow brings her the last of the baiji. The magic of the white river dolphin offers her a lyrical world of love, but perhaps, not her one love...

A deep echoing voice washed over the ripples, echoing "watch over you." A great black fish swam up from the depths. The voice resonated deep and warm and full of all the imagined things the Revered One had spoken of; The cries of twisty, sneaky red dragons gathered in the back, and the quacks of ducks playing in small pools near the shore. The buzz of honeybees and the strange clicks of locusts, the sound waterfalls even, harmonized through the voice of the one. It drew her down, beneath the surface. Above, beautiful white lotus flowers danced around the snow white body of the baiji, adrift in the current.

Old Yang, the mighty black catfish, blinked as he emerged from the depths, shambling forward like the oldest of grandfathers. His wise old eyes blinked, and he looked about him slowly. "Where did you find the eyes to see?" He grumbled.

Wonderingly, Lin whispered into the water, "If I met a catfish, I was supposed
to ask…"

Hi, Nancy and congrats on being the Author Spotlight this week.

I look forward in reading your posts.