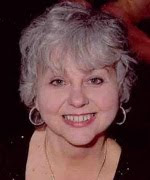 The Long and the Short of It: LASR is pleased to welcome Carolyn LeComte, author of the recently released Dark Paradise from writewordsinc.com and Trinity James, a western which is under contract with Black Velvet Seductions Publishing.

She's always been a writer and artist, as she made her living as a medical artist; then she worked in the technical documentation department of a defense contractor. She can remember, as a child, filling notebook after notebook with her own illustrated stories. For her twelfth birthday, I asked my parents for a typewriter and received it. "I was thrilled by the ability to fill page after page with my own writing," she said. "It looked so...professional!"

Carolyn has written six novels, taking both published and unpublished together. "The first three are what I call my 'practice' novels," she said. "Now, I would never dream of actually pursuing publication of any of them. However, I may go back and rewrite one or two, as they do have some parts that may be salvageable. Of my last three – Dark Paradise (published), Trinity James (under contract), and Pale Angel (first draft done), I suppose I like Trinity James best. She’s a feisty heroine, with a child-like faith that somehow she can make the worst of circumstances turn out right. There’s a lot of action in the story."

Besides promoting Dark Paradise, and working with her publisher on the edits for Trinity James, she's begun editing the first draft of Pale Angel.

"Like Trinity James, Pale Angel is a historic romance/western," she said. "In between, I write shorter pieces—humorous essays, and poems, which I occasionally share online in various venues. My favorite part of the writing process is when the first draft is donw and I can go through and edit (many times) for all the flaws I can now concentrate on. Having the entire story done is a great milestone in the process. But it is only the beginning."

Generally, Carolyn will get a bare-bones idea of a story and sketchy characters. "I'm not sure where that comes from . . . a lightning bolt? A dream? A remembered favorite TV show from my younger days? I may have a vague idea of beginning and end, but the story doesn’t take shape until I start writing. It develops before my eyes. I do not work from an outline, I write by the seat of my pants, so to speak. And, I hate to say it (because it sounds like a cliché) but most of the time, my characters tell me where the story will go. I once wrote a novel that included a cruel man (the villain!) who turned out to be a much nicer person than I had planned. I really felt awful when I had to kill him off. A writer can get very close to her characters – after all, she (the writer) is the source of all their triumphs and tragedies."

The hardest part of the writing, for Carolyn, is pushing herself through the weakest parts of the story. "I know where I am. I know where I want to go," she said. "But building that bridge between sometimes doesn’t come easy. In order to avoid being blocked at that point, I write something – anything – kind of like a place-holder, to get me to the part I’m sure of. Almost always, as the story progresses, the bridge becomes evident and the 'of course!' moment comes and I can go back and build that bridge in earnest."

When she would get blocked, she would do anything that would put off writing. "Gee, I need to dust that table or I have to go out and shop for shoes – which was the wrong approach! A better tactic, for me, is to have another novel going simultaneously, or at least have a different piece of writing to concentrate on when I’ve reached an impasse with one piece. Directing my mind to a different place seems to relax those brain muscles that get tense when one feels blocked. (I know there are no 'brain muscles,' per se . . .) Generally, not thinking about a problem seems to make the solution come more easily . . . later. Many humorous essays or poems of unrequited love have flowed from my severely blocked gray matter, and I’ve always gotten back to the novel with a renewed sense of purpose and the feeling I haven’t wasted precious 'writing time.'”

When it comes to good writing, Carolyn says, "Attention to the technical aspects are important (unless, of course you are already a famous author or celebrity and people buy everything and anything you write). That said, I think the second most important aspect of good writing is to be true to your own voice. You may have favorite authors whose writing you admire to a fault, but it would be a mistake to try to emulate anyone else. Write how you speak (with proper grammar, please), what you feel. Let your passion show through your words.

"Other things to consider – important points that most editors, publishers, and agents seem to adhere to – are: Avoid clichés (with a passion). There is always a way to say it in your own words. Be original. Then, keep adjectives and adverbs to a minimum (especially adverbs). Good writing is concise writing. It’ll be stronger without a lot of descriptive words."

Carolyn first considered herself a writer the moment she finished her first novel. "I felt uncomfortable saying, 'I'm a writer,' to anyone who inquired as to my occupation, because, invariably, the next question would be, 'What have you published?'" she told me. "Once I was contracted by a publisher, I became confident in referring to myself as a (verifiable) writer. I was an actual 'author.'”

On a personal note, Carolyn admitted to me that while she likes a varied diet, she's not very adventurous. Her strangest quirk has to do with a drink instead of food. "I like flat soda," she confessed. "Never cared for bubbles-- they make you burp and hiccough and you can’t drink soda fast enough to quench your thirst. Other than that, the only other odd thing I’ve ever eaten was when my husband tricked me into eating calves’ brains. Don’t remind me . . ."

It's hard for her to pick out a favorite animal, because she's an animal lover. "The beauty of a horse, the sleekness of a tiger, the intelligence of a dolphin, and the fantastic plumage on many birds all captivate my heart in different ways," she said. "I always smile when I see a family of Canadian geese or a line of ducklings, and I’m a sucker for kittens and puppies. Of course, I guess I’d have to say my favorites are my own four parrots. They sure keep things lively!"

I asked Carolyn, "If you could wish for anything, what would you wish for?"

"I have two beautiful, intelligent, talented daughters who have made wonderful families of their own and given me the most fantastic grandchildren. One of my daughters has Crohn’s disease and one has MS. You can guess my wish."

Finally, I asked her what advice she'd give a new writer just starting out.

"While encouraging her to write as much as possible, I would also stress that the technical aspects of her writing be as clean and strong as possible," she told me. "Grammar, spelling, punctuation should be as close to perfect as she can make it. All those boring high school English classes really were important! Sloppy mistakes have sunk many worthwhile stories. These are the tools of communication that enable the author to make her meaning clear, to communicate all her ideas.

"Another point I would stress is to keep writing – write through blocks and through rejection, perhaps using these times as a springboard to keep improving, keep striving, keep learning. You must never stop learning and improving."

You can keep up with Carolyn on her website, http://www.carolynlecomte.com
Posted by Long and Short Reviews at 4:00 AM