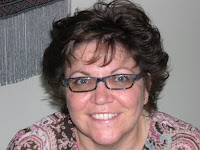 10 Things You Don’t Know About Monica Fairview, author of The Other Mr. Darcy

1. I have the most outrageous sense of humour, which is a problem when I’m writing, because I have to keep it in check all the time, especially if I’m writing Austen-inspired fiction, and I’m supposed to be very respectably witty, (or not witty at all). I like to say things that are totally unexpected. For example, I wanted to start this blog with the following sentence: “I like sticking needles in people. That’s because I love my job. I’m an acupuncturist.” Fortunately, I was able to restrain myself. Restraint is the key to Austen’s style, though she can be wickedly funny, too, as you can see in her letters.

2. One of my favorite films ever is My Life as a Dog, directed by Lasse Hallstrom (The Shipping News, Chocolat, The Cider House Rules, What’s Eating Gilbert Grape [another good one]). It’s an emotional roller coaster, and one of the best movies about the uncertainties of growing up I’ve seen. If you decide to watch it, though, buy a new box of tissues.

Speaking of dogs (metaphorically now), I tend to side with the underdog. This is probably why I decided to write a novel about Caroline. She’s the underdog in Pride & Prejudice (do I hear angry growls of protest?), so I felt I had to stand by her.

3. I finished my PhD in at the age of 24, but I had to slow down after that. So I did a Grand Tour of the US by teaching at various universities. It’s one of the best ways to get a sense of the amazing diversity of the American landscape and its culture(s). After the Grand Tour I settled in Boston for a long time (eight years, which is a record for me). I lived in Marblehead for a while, which is Anya Seton territory (if you haven’t read her, she’s amazing), and where practically every house has a history. Boston of course has always had that Old World connection. Which is why the “other” Mr. Darcy is from Boston, of course.

4. I would much rather have hot muggy weather, no matter how stifling, than cold and snow. You’ll probably notice that cold and ice come up frequently in The Other Mr. Darcy.

5. I won’t wear pantyhose. I think it’s just another way to torture women, like corsets, but much worse, because they rip all the time (corsets at least were solid, and you generally didn’t need more than one), and you end up spending a fortune on them. So the good part is, I’m saving money. The flip side is, of course, that I have to plan my wardrobe around things I can wear without pantyhose. (Needless to say, high heels and short skirts aren’t part of my wardrobe either. I know those of you who are fashionholicks are groaning right now).

6. Cockroaches give me the creeps. Insects generally don’t bother me. I’m not afraid of spiders, for example. A spider could crawl all over me, and I wouldn’t bat an eyelid (though I draw the line at a tarantula). But if I as much as spot a cockroach in a room, I can’t get to sleep, or if I do, I’ll have nightmares about it. However, I’m proud to say that I did survive a year in College Station, Texas, where I had a few encounters with Houston cockroaches, which are as big as golf balls (except longer), as those of you who know them will attest. Speaking of Texas A&M, I think Lydia Bennet would have thought she’d died and went to heaven if she went there, with so many of the men on campus all decked up in uniforms.

7. I didn’t randomly decide to write about Caroline Bingley and an American Mr. Darcy. I really, really wanted to. I chucked quite a lot when I was writing it. But that’s probably my bizarre sense of humour again.

8. My favourite eat-out restaurant food is Mexican. Luckily, there aren’t too many Mexican restaurants where I live in the UK, or you would find me there swirling frozen margaritas almost every day (OK, you can’t swirl frozen margaritas. At least, not until you’ve had a few, and then they swirl naturally, without much effort on my part).

9. I’m a Regency romance addict. I have shelves and shelves full of them, and I can’t get myself to throw them out. I recently had to clear the shoe rack to make room for my Regency romances. Seriously.

10. My workspace is the workspace from hell. I always see these happy pictures of writers at their desks, smiling at the camera, with pretty ornaments next to their computers and shiny polished wooden surfaces that almost reflect their faces. My face practically glows neon-green with envy whenever I see something like that. I have to step over books, papers, toys that my kid refused to put away, and a myriad other things, including my Jane Austen Complete Novels, before I can reach the computer. Any ornaments I may have are out of sight under the array of assorted objects that litter the desk. I marvel that I am able to produce anything at all, let alone full length books such as The Other Mr. Darcy. But I promise you that Caroline Bingley bears no resemblance to me, and neither does the other Mr. Darcy. Which goes to show: you can’t judge a desk by its covering.

In fact, I can assure you very strongly that Caroline Bingley is a very proper young lady, even if she is perhaps inclined to be snobbish, and that she is very capable of keeping house for her brother. Except that her life is about to be disrupted by a rather different type of gentleman than what she is accustomed to…

Did you know that Mr. Darcy had an American cousin?!

In this highly original Pride and Prejudice sequel by British author Monica Fairview, Caroline Bingley is our heroine. Caroline is sincerely broken-hearted when Mr. Darcy marries Lizzy Bennet— that is, until she meets his charming and sympathetic American cousin...

Mr. Robert Darcy is as charming as Mr. Fitzwilliam Darcy is proud, and he is stunned to find the beautiful Caroline weeping at his cousin's wedding. Such depth of love, he thinks, is rare and precious. For him, it's nearly love at first sight. But these British can be so haughty and off-putting. How can he let the young lady, who was understandably mortified to be discovered in such a vulnerable moment, know how much he feels for and sympathizes with her?

As a literature professor, Monica Fairview enjoyed teaching students to love reading. But after years of postponing the urge, she finally realized what she really wanted was to write books herself. She lived in Illinois, Los Angeles, Seattle, Texas, Colorado, Oregon and Boston as a student and professor, and now lives in London. To find out more, please visit http://www.monicafairview.co.uk/

You made me laugh, Monica, with that reference to your love of Regency and clearing off the shoe racks to make more room for books. I did that in the closet in my son's old room. The shoe rack in it is now piled high with Mary Balogh and Georgette Heyer!

Hello Joanna. Lovely to meet you out here. I've read several of your books and really enjoyed them them.

It's funny that you've done the same thing! But there you are -- we have to put the books somewhere.

Hi Monica, Your book sounds great, I always wonder what happens in books that I love to other characters after the HEA for the main hero/heroine. Enjoyed your list.

Thank you Dena. I'm that kind of person, too. I even do it with jokes. I wonder what happens after the punchline! And years after Iread those famous last words of Scarlett's in Gone with the Wind, "I'll think of it all tomorrow...Tomorrow is another day" I'm still dying to know what happens next.