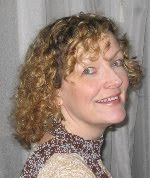 The Long and the Short of It is pleased to welcome Lynn Reynolds, author of Thirty-Nine Again. Lynn was inspired to write (and finish) this book, which was rated "Best Book" by Long and Short Reviews, by her own breast cancer scare. She started thinking a lot about things she had meant to do in her life—including writing a novel and getting it published. Once she made it through the biopsy and found out she was negative for cancer, she set out to make that goal a reality. A portion of her royalties from the sale of Thirty-Nine Again is earmarked for breast cancer awareness charities.

She has many favorite authors, but one at the top of her list is Jane Austen, and not just because she "created the sexiest strong-and-silent hero ever." Lynn said that Austen did an amazing job of creating wonderfully involving stories out of practically nothing.

"There's not really a lot to the plots of most of her books," Lynn told me, "but readers don't care because they are so interested in her characters. Even her secondary characters are well-developed and have intriguing histories and dilemmas that interest readers. She focused on her own narrow little world of upper middle class ladies and gentlemen and immersed the readers in their petty little concerns."

Lynn believes creating well-rounded, believable characters is the most important element of all good writing. "You can have a pretty shaky or even clichéd plot, but readers will keep plowing ahead if they care about what happens to the characters," she told me.

She laughed when I asked her if the plot or characters came first with her. "Half-way through most first drafts, I am STILL trying to find the plot, so I would have to say characters definitely come first with me!"

I asked Lynn, "What was the hardest part of writing your book?"

"Finishing. Seriously. The hardest thing to do is to keep slogging through the middle of a story, trying to pile up all those words and have them be interesting and make some kind of sense. 75,000 to 100,000 is the average length of a novel and that is a whole, whole lot of words. And then, when you get to the end, it's always the wrong number of words! Your crit group wants you to change things, editors want you to add stuff or take stuff out. It starts to feel like you will never, ever finish the thing!"

She didn't want to share what she's currently working on. "I am way too superstitious to share much about anything I'm trying to write," she said. "I find if I talk too much about a story, it never gets written. I think that's because I feel like I have already told it!"

Lynn writes her first draft out by hand. She never thought of it as being quirky, but said that other writers look at her funny when she tells them that, so it must be pretty rare these days. "People say to me: well, you should get a netbook or an alphasmart or the whizbang 3000," she told me. "And I say, I have a notebook and a pencil in the car and one in my bag. The batteries don't run down, there's no question of whether the format is compatible with some other format, it never crashes or freezes or gets a virus. Plus, I can write my grocery list in the margins."

As far as her handwriting is concerned: "I make weird swirly tails on the ends of all the letters that go below the line, like y and g. I don't know why. I'm sure it seemed very artsy when I was 15 and I'm stuck with it now."

When she's not writing, Lynn loves to read. She enjoys romances, of course, but she also loves mysteries and science fiction and weird literary stories. "I also love cooking and baking - if I weren't a writer, I'd love to be a pastry chef," she told me. "And I like to garden, although I haven't had much time for it lately!"

Speaking of reading different things, Lynn picked some books up for her son at the library and discovered a wonderful YA science fiction story called Life as We Knew It by Susan Beth Pfeffer. "It's really dark and disturbing but brilliant. An asteroid knocks the moon into a lower orbit, which wreaks all kinds of environmental havoc on the earth. The story is told from the POV of a teenage girl who's trying to keep herself and her family alive through the ensuing chaos. It's one of those books that I read and think, 'Wow, I wish I'd thought of that!'"

On a personal note, Lynn would love to be able to have a dog. Unfortunately, she's the only person in her family who is not allergic to dogs, which is ironical and, as she said, "funny in a cruel-world sort of way" because she has more severe allergies than anyone else in her family...to everything but dog, according to the test the allergist ran recently.

She and her family also inherited Tiger, the lethargic wonder cat from her mom when she passed away. "He's thirteen," she explained, "and has only been an only child. He has some personality issues and I think we'd have an ugly scene on our hands if we tried to introduce him to a lovable cocker spaniel."

Her heritage is "a whole lot of Irish, a good bit of French, and a teensy bit Sauk Indian. You would never guess the last bit by looking at me," she said.

" Have you ever cried during a movie?" I wondered.

"Constantly. Lots of movies make me cry. Field of Dreams. Dances with Wolves. Wait, maybe it's just Kevin Costner that makes me cry. . ."

Lynn's favorite pizza is a chicken bruschetta pizza made at an Italian place nearby. It has strips of grilled chicken with diced up tomatoes and onions on top, along with melted mozzarella.

She not only can multitask, she told me that she lives to multitask. "I am woman, hear me multitask," she said. "I can watch TV, read email, listen to my iPod and cook dinner, all at the same time."

She can't, however, unwrap a Starburst with her tongue. "I was raised a good Catholic girl, so I'm reasonably sure that being able to do that would be some kind of sin," she told me.

Finally, I asked Lynn, "If you could wish for anything, what would you wish for?" "World peace," she said. "OR the body of Jennifer Anniston and the talent and bank account of J.K. Rowling."

You can keep up with Lynn on her blog, http://lynnreynolds.blogspot.com
Posted by Long and Short Reviews at 4:12 AM