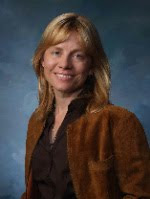 The Long and the Short of It: LASR is pleased to welcome Keena Kincaid, who learned to read by picking words out of an old history book of short stories about children: The Grecian slave boy. The girl from Pompeii. The English knight’s squire. The stories stuck and she studied history in college and medieval history in graduate school.

She told me that she couldn't remember a time when she didn't write or make up stories to entertain herself and her friends, but she didn't take it seriously until she was in college, and it was all due to one of her professors.

"She returned a literature paper to me with the grades A/F," Keena remembered. "Naturally, I went up to her after class to ask about the odd grade. She said I had a God-given talent with words, but if I didn't stop being so lazy and turning in my first drafts (true) she would fail me. I think that's the first time I realized that not everyone could do this."

After college, Keena went to work as a newspaper reporter and then to marketing communications and public relations. She's been writing fiction for about ten years.

Keena's stories usually start with a "what if" idea. In Anam Cara, the first of her Druids of Duncarnoch books, the idea came to her while she was sitting in a centuries-old pub in northern England. She suddenly had the thought: What if these walls could talk. Liza the alekeep, the heroine of Anam Cara was born that day. In the sequel, Ties that Bind (coming out in December from The Wild Rose Press), the hero, Aedan, nagged her until she wrote his story.

"I left readers with a very unfair opinion of him, and he demanded I fix it," she confessed.

She heard from her fans about that once Anam Cara came out. "A few really didn't like it when Aedan broke his promise in Anam Cara," Keena told me. "What surprised me is no one wrote to complain when the dog died."

In the next book of the series, Enthralled, which Keena is completing, Aeden's sister is the heroine. You may pick up a trend here. For Keena, the characters come first and then the plot follows.

And flawed characters that the reader cares about is one of the elements, as far as she's concerned, of good writing, along with a strong voice and a plot that works.

Speaking of voice, the one piece of advice Keena would give to a writer just starting out is "Be confident in your voice. It's the one truly unique thing you bring to the process."

Keena and I talked about writers block and she told me that frequently she'll get stuck on a passage or a sentence.

"Usually, a brisk walk will give my brain time to relax and find the solution. I've never had true writer's block, where I couldn't write for months and months," she said.

Her favorite author varies with her mood, but she has a warm spot for Julie Garwood, whose book The Secret was the first romance Keena read. Other books and authors who have influenced her include Beowulf, Isak Dineson (Karen Blixen), Robin Hobb, and the Bible. Keena said, "Is King David not the ultimate flawed hero?"

Even though she's always loved reading and writing, when she was younger she wanted to be an astronaut. "And, if it weren't for all that math, I might be," she declared.

"What was one of the most surprising things you learned in creating your book?" I wondered.

"If I had a bad day, someone died in my book that night," she replied. "It's a surprisingly good tool for managing stress."

On a personal note, I asked Keena about her strangest habit.

"Not sure about the strangest, but the most annoying one (to others) is my insistence that everything stay in its place," she said. "I follow after guests and put things back where they belong." She added, with a smile, "It really isn't hospitable."

She would love to have a wolfhound, but needs a much bigger place before she gets one.

She hates how she looks in pictures about half the time, and she was neither a crayon or paste eater in school. However, she has eaten pickled chicken's feet in China and claims that as the strangest thing she's ever eaten. Her favorite pizza is New York-style cheese and pepperoni.

Keena swore to me she'd not made a crank phone call in decades, but admitted she thinks scientists should invent the transporter. She would also like to know if we manage to colonize Mars in the future.

She's a night person with a job that requires she be in by 8 A.M., so she told me she's always sleep-deprived. She's also never tried to unwrap a Starburst with her tongue, but she can tie a cherry stem into a knot with her tongue.

She can tell the difference between Coke and Pepsi and prefers Coke, saying, "Pepsi is too sweet."

Finally, I asked, " What is the one question you wish an interviewer would ask you?"

She smiled. "Did you enjoy being a guest on Oprah?"

You can keep up with Keena on her website, http://www.keenakincaid.com
Posted by Long and Short Reviews at 4:00 AM