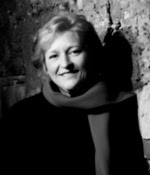 Along with writing romance, mystery, suspense, and thriller novels, she also teaches creative writing at a local college in Ontario. She loves to share her love of writing with elementary and high school students as she involves them in classroom writing workshops, as well as speaking at conferences.

Her books Fires of Fury (an e-book by Awe-struck books), Redeemed, The Adam & Eve Project and Vengeance (Word Alive Press – print books) can be found at http://www.authordonnadawson.com or at your local book store.

Donna has always been interested in writing and has been writing off and on since high school. One of her English teachers told her that if she did nothing else in her life, she should write. Donna took her words to heart, but only wrote in small doses until her children were grown. Once their home school ended and empty nest started looming, she started writing more. She took university writing classes and was first published nine years ago with Angels on Earth.

She shared with me that she's working on a novel right now that "should set the pro-life/pro-choice battle on its side." There's a procedure possible that would end early term abortion. The novel joins the two groups to fight for the right to see that procedure adopted into the medical industry. "The goal isn't to start a fire-storm between the two groups," Donna said. "The goal is to bring unity so they can work together to actually, in real life, get the procedure developed and implemented."

Her biggest challenge in writing isn't writer's block. She said with ADHD she has more of a problem slowing the ideas down and organizing them. "Sometimes the ideas come so fast and furiously that I can't keep up jotting them down," she told me.

As far as favorite authors, she said, "Oh man! It's a toss-up between Robert Ludlum, Frank Peretti, John Grisham, and Clive Cussler. They all write really intriguing stuff and they have the skill to keep a reader guessing right to the end."

On a personal note, Donna told me that she thinks she has the funkiest looking hair she's ever seen. "It sort of sticks up all over like Kramer," she said.

She's not a late night person, admitting to me that at midnight last night she was sound asleep in her own little bed, next to her husband.

She can't remember ever eating a crayon, but she admitted that she has eaten something strange. "Hands down—frog's legs," she said promptly. "I used to catch frogs as a kid and it was just weird seeing those long skinny things on the plate."

Her favorite animal, though, is not frogs, but horses. "Mostly Paints and Appaloosas, but quarter horses are good too," she said with a smile.

As far as her heritage goes, she said, "I am such a Heinz 57, it's funny. My father is Miq Maq Indian and Acadian French with a Scottish last name. My mother was Scottish, English, and German. I guess that makes me truly Canadian."

She constantly cries during movies ("I bawl like an idiot," she admitted), but has only made one crank phone call. "I was a teenager," she shared, "and called my girlfriend, disguised my voice, and told her she'd won a car. She was through the roof with excitement and then I broke the news to her. She was so mad at me. Didn't see the humor in it at all. After that I thought it wasn't worth the effort if it meant hurting people's feelings."

That sentiment goes right along with a saying she uses a lot, "what goes around comes around and it usually gains momentum."

"If you could wish for anything, what would you wish for?" I asked.

"If I could have anything I wished for it would be a justice system that actually works. One where the victims actually receive justice and the victimizers are unable to victimize ever again. Not sure what that would look like but imagine what the world would be like."

Finally, I asked Donna what advice she would give a new writer just starting out.

"Be ready for a lot of hard work. Writing isn’t just about slapping a few words on paper. It is the flow of thought in such a way that leaves the reader reeling—starving for more."

You can keep up with Donna on her website, http://authordonnadawson.com
Posted by Long and Short Reviews at 3:54 PM