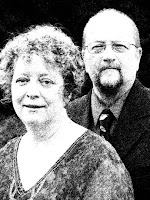 Characters
How do you come up with your characters? Do you decide on them first? These are frequent questions from readers and writers. The character-plot conundrum is very chicken or the egg. The real answer is that sometimes you come up with characters first. Sometimes you are inspired by settings that invoke characters. Other times, a plot could come first that inspires the right character for it. Sometimes, writers admit their books are plot driven.

In series writing, your main characters are decided in the first book. The plot becomes essential and must be changed with each story, but many times, the characters remain the same as in Miss Marple or Sherlock Holmes. The setting, side characters, and how the mystery is solved become very important.

In our first mystery series, our protagonist was a young woman whose father had been killed. He was the sheriff of a small town and she was asked to fill in for him until the next election. She found she liked being sheriff and wanted to continue. Sheriff Sharyn Howard changed a lot in the 12 books we wrote about her. She went from being an insecure young woman through a dark time when she doubted herself and eventually reached a place where she was happy with herself and her life.

The stories were very character driven, but they were also rich in settings and plot from the Uwharrie Mountains in North Carolina, so many found them plot driven. Really, the vehicle that takes your reader into the story and holds them there is what matters.
Posted by Long and Short Reviews at 4:00 AM

Hi Jim and Joyce, I really like character driven stories, I will continue to read series' if there are great characters.