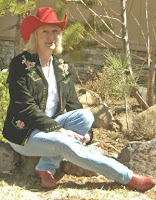 Have you ever thought about the difference between men and women? I mean the REAL differences, not just hairy chests versus soft breasts, or bald heads versus curls. What about those inherent differences that make their minds work different from ours?

I’ve had a great opportunity to explore this issue much deeper than I ever thought possible (“Everything You Ever Wanted to Know About a Man’s Brain – or Lack Thereof – But Were Afraid to Ask”). Fellow author Michael Davis, aka “Big Mike”, and I teamed up to write a romantic suspense together. Our first venture is entitled Veil of Deception, which will be available through Champagne Books January 1, 2010. We’re currently working on our second one, Whispers of Innocence.

Writing with a man is…how shall I describe it? Challenging? Most definitely. Frustrating? You betcha. Enlightening? Yep, again.

The experience has given me an insight into the male psyche like I’ve never gotten from any of my four husbands!

For instance, Big Mike informs me about how men’s dialogue should go. When I write it, he always highlights in red with a note saying “A man wouldn’t say that!”. When two men are being confrontational, one of them won’t back down without coercion in the form of death threat or plainly visible weapon.

And then there’s the soft, tender side to men. Big Mike isn’t called that for nothin’. He’s a big’un. Yet, he often makes his characters far more sappy than mine. I’m always trying to write my heroines as tough and savvy, and he’s always looking for that tender, vulnerable spot.

Apparently men are also programmed to be a dragon slayer. All of Big Mike’s heroes try to take care of the heroine. I want my heroines to do things like fish and fix their own cars and be trained to use a gun. He wants them to do needlework, look to her man for rescuing, and recognize a man’s superior abilities. I want them to sweat, not just glisten (as a dear old Southern friend of mine once said).

Just like anything else in life, we end up compromising. I let his heroes exhibit their chest-pounding, macho traits but only if he allows my heroines to be more than a pretty face. I tend to work up a real “glisten” in the process, though.
Posted by Long and Short Reviews at 4:00 AM

Candace, we can certainly relate. We write face to face and you should see some of our expressions and hear some of the banter as we each try to understand the other's pov. Yet, we believe this gender collaboration gives an extra layer to the characters. Men and woman have their own distinctive wiring. Erica Jong said, "Men and women, women and men. It will never work." We disagree, we feel it is that blend of those sometimes opposing, sometimes encouraging, sometimes evolving, sometimes melding that truly does make it work.
Erica Jong

Love your post Candace, I can picture you and Big Mike going over your pages, what a crack up. Men are still so old fashioned in there thinking,lol.

Thanks for the comments, all.
Angelica and Zi - I can't imagine what it would be like to actually write with each other in the same room! That must be something to watch. Luckily, Big Mike and I live across the country from each other; otherwise one of use would probably get hurt.

Candace... William has four dogs to protect him. Then again, they adore me and greet me each morning with hugs and kisses. Hmmmm.... Maybe William should get armor. *GRIN*

Oh, wonderful post and I love the fresh insight into Big Mike. He's pretty special. I attended a workshop at one of the RWA conventions in which a man presented the differences between men and women. I loved it because before, I'd never given it much thought. I sent my ms to a male crit partner once and he was good about the very same thing. "A man would never say that." Too fun. I really related to what you had to say here.