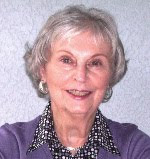 The Long and the Short of It: LASR is pleased to have Linda Swift visiting with us this week. Linda's newest book Single Status is being released in October by Awe-Struck Publishing.

The idea for Single Status came to Linda when she was waiting at a power plant job site for her husband at the end of his day. She saw a woman in jeans and hard hat who was obviously one of the engineers. "It got me thinking what it must be like being the only woman on a crew," she said, "and how the other workers would feel about her. I had a heroine. Later my husband was on a single status job in St. Croix, which meant family was not allowed to join him, and he shared a villa with another employee. I had a setting. A bomb planted by terrorists brought down a plane in Scotland. The grieving hero appeared. I talked to my agent about the story. He didn't buy the premise of a mix-up that put a male and female together on the job site by mistake. But I had observed many errors made by large corporations and knew it could have happened. So while living in England I sat in my study overlooking the turbulent River Humber during a cold winter and began writing about a tropical paradise. And much later, an editor (snowbound in her office on a weekend) read the story and not only contracted it but made it winner of the short novel contest of the year."

Single Status is the story of B.J. Sutherland and Dana Thomas who, through a stateside error, find themselves sharing a villa when they come to start up a St. Croix power plant. The job is single status, which suites them in every way. B.J. is still smarting from the end of her ten year marriage and Dana carries hurt and guilt for the death of his wife and young son in a terrorist plant crash. B.J. is the scapegoat for everything that goes wrong on the job and Dana becomes her reluctant defender when he is not trying to defend himself from her unjust conclusions about him. But despite their attempts to prove otherwise the attraction between them thrives and the torrid Caribbean nights threaten to melt their firm resolve.

Linda knew nothing about starting up a power plant and almost as little about golf.

"I could never have written this story without the expertise of my husband in both," she told me. "I told him what I needed to have happen in the plot and he talked me through the mechanics of it. Then I wrote the scene and read it to him to see if the language rang true or needed revising. With his generous help, I am confident I have the facts right."

Since her first five hundred page novel, written when she was sixteen, Linda has completed ten books, six either published or contracted, and she has a few more in various stages of completion.

"My favorite book is my longest, a Civil War saga as yet unpublished," Linda said. "I love that period in history. It is so romantic. (Shades of Gone With The Wind) And I love my characters. I have made beginnings of three sequels to that book, or perhaps combining the three stories into one book as they are all of the next generation. And this book is one I've changed the title for about three times already. As of now I'm calling it 'This Time, Forever.'"

She's also working on her third historical that's set in England in 1605 involving the Gunpowder Plot. It's a sequel to Maid of the Midlands, set in 1573, which will be released by Awe-Struck eBooks early next year. "I'd really like to get this story out of my head and onto the printed page," she confessed, "as those characters keep clamoring to be released."

Characters are important to Linda, as it's the characters that determine whether or not a book is memorable to her. Linda has to relate to the characters—either loving or hating them—in order to care what happens in the story. "And then," she went on, "of course, the plot will grab me and I'll be right there with them all the way."

On a personal note, Linda told me that dogs are her favorite animal, however they don't have one at the present. "I would dearly love to have a dog but living in a condo half the year and driving back and forth between two states where we have homes, makes owning an animal difficult," she said. "And I still remember the sorrow of losing our last dog and I'm not sure I want to experience that again. So I will be content to be the Me-Maw of a precious Lhasa Apso granddog."

Sheep come in a close second to dogs, though, ever since Linda watched sheep grazing on green English hillsides. "I searched diligently for a painting that depicted the scenes I saw but all the paintings I found were of sheep in snow," she explained. "So I finally brought one of those back to the States when we came but in my mind, the hills are always green."

I asked Linda if she were a morning or night person.

" Morning? What's that?" she countered. "I would love for every day to begin about noon and continue until midnight or two a.m. I don't get into the creative mode until at least noon and I usually peak about mid-afternoon to five. "

She also wishes the calendar had two seasons: spring and autumn. "Or maybe just autumn," she said. "This is the season when I wax lyrical and am my most creative and productive. When Indian summer comes to Kentucky, with all the glorious colors, I am almost drunk with the beauty of it all."

If Linda could erase any horrible experience from her past, she would rewrite the script so that her daughter wouldn't be in a nearly fatal accident and have to go through all the suffering to recover. "Thanks be to God," Linda told me, "she has made a complete recovery. She is our miracle."

Finally, I asked Linda, "What advice would you give a new writer just starting out?"

"Don't try to write for the market because chances are what's 'in' at the moment will be out before you can get the book finished, accepted, and published," she told me. "Expect rejections and learn from them. The editor is not rejecting you, only what you have written. And it may only be that it doesn't fit their guidelines or needs at the moment. Unfortunately, many editors today don't have the time to tell you why their answer was 'no.'"

You can keep up with Linda on her website, http://www.lindaswift.net
Posted by Long and Short Reviews at 4:00 AM