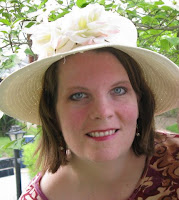 Faking it in Book Club

I meet with three other women on the third Friday of the month to discuss a mutually agreed upon book. When I was invited to be a part of this endeavor, I thought, “Wow! I'm in a book club! I'm finally grown up!” While feeling so mature with my book club colleagues, I pose poignant questions or read aloud quotations demonstrating I truly did read the book – until this past time. I hadn't gotten around to getting the book until the day before when I checked out the audio version from the library. I figured it isn't exactly cheating if you at least listen to it, right? And the library also had the print book so I could do my usual flip-thoughs during our meeting.

Imagine my delight when the library presented me with an MP3 player to listen to the audio book. Still meandering in the 20th century, I had never used one of these inventions as I prefer to listen to my music and audio books on these antiquated circular objects known as compact disks. Imagine my chagrin when I noted later I had to supply my own listening device for the player. Well, it makes sense, actually. Do I really want to stick something in my ear canal which had been in the ear canals of countless other library patrons? Yuck! And yet, I was left with no way to listen to the book and with only two hours time at work before the book club met – gasp!

So, I went without reading anything, but the cover and the table of contents. I resisted the urge to talk about the picture on front – a sure sign someone hadn't done her homework. Instead, I chose random pages, picked out a blurb here and there, and asked my more informed colleagues their opinion. I faked it pretty well and felt terrible, as if I had betrayed the group somehow. My only redemption would be to take the book back home and actually read it. Or to buy those little ear listening devices to plug into the MP3 player.
Posted by Long and Short Reviews at 4:00 AM