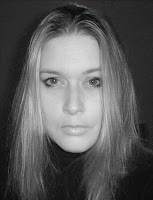 Wow, Wednesday’s spotlight was a spontaneous decision for me. I had planned on continuing where I left off on Tuesday, but I figured what the heck! See what happens when you’re a writer? It’s a fantastic feeling to stand at a crossroad ready to choose the next road, and then decide to go off the beaten path.

What shall I do with my characters? Exactly what horrible or delightful things could I put them through? Sure they’re going to fall in love, but they need to do some unbelievable things first and there are endless possibilities.

Vince and Morgan. 1080 Kiss. Unruly male snowboarder looking for manager to whip him into shape for the Winter Games. Morgan the manager has led an exciting career. Touring with famous rock stars and getting pampered with expensive gifts are among the few things she’s earned. But then she decides to do one spontaneous thing—take on a client she never would’ve taken before. There’s our word! Vince the snowboarder may not be the most exciting guy in the world, but he’s taking Morgan in completely new directions. Instead of being stuck in a tour bus, she’s flying down the highway on his motorcycle. Instead of being lavished with expensive gifts, he takes her to a sports warehouse to shop. She’s traded her days of road travel in to take a ride up the ski lift in the most beautiful place she’s ever seen—and we’re not just talking snowy mountains ladies.

Derrick and Katherine. The Sea’s Embrace: Let me just say, this fantasy romance was written to make the reader spontaneously combust. I wanted to put the characters through so many trials and tribulations that by the time it ends the reader can finally take a breath. We’re not talking crossroads here; we’re talking a million points of…everywhere else. There is so much love between the hero and heroine that even in their darkest moments, there’s still light.

Shane and Haley. Assassin’s Fall is a contemporary, suspenseful romance. I really enjoyed writing this one. Like I said in Monday’s post, I’m a glutton for action. Haley’s a tough woman. She survives nearly being beat to death, shot, and blown up. What’s more exciting then jumping onto the skid of a helicopter to bring it down in a fiery crash just to keep the bad guy from getting away? The love scene between Shane and Haley is hot too. *grin*

I also have another contemporary suspense romance in the works, but I won’t give away any secrets…yet. So I’ll just say, Spasibo!
Posted by Long and Short Reviews at 4:00 AM