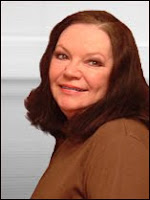 "Writing is agony. I hate it. ....When I'm writing, I spend a lot of time thinking, 'My, doesn't the top of the fridge look dirty'. It takes for ever. I like thinking about writing. I like having written. But actually sitting down and doing it ..." -- P.J. O'Rourke, journalist, writer and political satirist, to Christopher Bray of the U.K.'s Telegraph, 2005

P.J., I know what you mean. I don't have your credentials -- fame, education, publication history, ideological about-face -- but, boy, can I relate.

I'm a made writer, not a born one. My writing is not a talent I'm nourishing; it's a craft I'm trying to hone. Is it easier for a born writer? I have no idea. But, in O'Rourke fashion, while I dread the process, I do like thinking about writing and I like having written. I'd even go so far as to say I like reading what I've written.

Of course, I run across something now and then and think, "I could've said that better." Probably true of most authors. But all in all, I usually like what shows up in the final draft or the published page. I think that's also true of most authors. Thank goodness, huh? For all of us from the O'Rourke school of I-hate-writing, it would be appalling to go through that whole grueling process only to hate what we've ended up with.

That's surely not the case of my debut novel, Southern Man. I love the story, I'm reasonably proud of my telling of it, and I've been pleased by the reception it's getting from readers and reviewers. In fact, one of the most gratifying items was a comment from LASR reviewer Edelweiss: "This is a well written story, with prose that's concise and silky to read."

When you're a made writer, that's music to your ears.

It's been over twenty years since my first attempt to write a romance novel. Coquina was a behemoth psychological romance (approaching 200,000 words when I finally gave up on it) with a mixed up heroine who lived inside a protective shell--hence the title. Her shell was shattered by the breathtaking biracial hero who's maternal g-g-grandfather was a samurai and whose paternal g-g-grandfather was a colonel in the Confederate army. Well aware that my writing was mediocre, at best, I borrowed books on writing from the library, searching for the how-to's of concocting impressive sentences-- those that are long and complex but, paradoxically, easy to follow.

Fortunately, I didn't find such a book. What I found was How to Write, Speak and Think More Effectively by Rudolph Flesch, an instruction book on simplified writing, the polar opposite of what I thought I wanted to learn. But the scales started falling from my eyes before I finished the first chapter. I devoured the rest of the book, returned it to the library, and bought a copy. I still have it--yellow-paged and worn around the edges--and I still refer to it because I'm a made writer and need to be regularly reminded how to increase the readability of my prose.

Flesch's book is not about story-telling, plot development, characterization, or theme. It's about putting words together in sentences and putting sentences together in paragraphs in such a manner that the reader is pulled along effortlessly, line by line. In Chapter Four, Gadgets of Language, Flesch quotes Fowler's The Kings English, a passage underlined in red in my copy:

"Anyone who wishes to become a good writer should endeavour, before he allows himself to be tempted by the more showy qualities, to be direct, simple, brief, vigorous, and lucid. This general principle may be translated into practical rules in the domain of vocabulary as follows:

Prefer the familiar word to the far-fetched.

Prefer the concrete word to the abstract.

Prefer the single word to the circumlocution.

Prefer the short word to the long.

Prefer the Saxon word to the Romance.

These rules are given roughly in order of merit; the last is also the least."

To the extent I'm able to follow the rules for simplifying my writing, it occurs when I edit, not when I write. I still dread writing, still hate calling up a blank screen in the word processor, and my early drafts are always awful. But if I can force myself to get something--anything--in draft form, then I can edit, and that's where the process becomes enjoyable.

Before closing my first essay, I want to thank Judy and Marianne for the opportunity to step into the Author Spotlight at LASR Reviews. I plan to use these essays to pass along tidbits I have learned from writing and publishing my first novel. I hope you find them enjoyable, at least, and thought provoking.

Question: Any other writers out there from the O'Rourke school? How do you deal with it, and get your story told?
Posted by Long and Short Reviews at 4:00 AM

Hi Connie. Oh, yes, I'm from the O"Rourke school, too. Writing is hard and the first draft is always terrible. So is the second and the third, and I rewrite and rewrite and rewrite. But in the end, I surprise myself and it comes out pretty good. I think.

I'm at the polishing stage in my latest WIP and I think it's only halfway good. One more pass through, and then I leave it for a while. Then I go over it again, and out it goes. I hope someone will take it.

Lindsay, Linda and Robyn, thanks for your comments. They're very encouraging.

Good essay. But, as usual, you and I don't see eye-to-eye: I love writing. But editing? Not so much. Must be why my writing has never been referred to as "concise and silky," LOL!

I'm one of Tommie Lyn's friends. We met on Christianwriters.com I hope I find a sample of you writing on your blog. Tommie says you are a "silky" writer, and that's what I want to be.

I love your blog. I signed up!