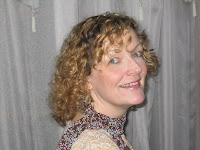 By the Seat of My Pants

Writers often divide themselves into two groups – plotters or pantsers. Pantsers jokingly refers to the notion of writing by the seat of your pants – that is, with no clear plan of where you are going.

I have to confess that I am a member of the pantser club. I’ve tried to carefully plot out stories in advance, but I wind up never actually writing those stories. I suspect it’s because if I plot in great detail ahead of time, I feel as if I’ve already told myself the story, so why bother?

I usually start with a general situation in mind – what if a young reporter is assigned to cover her father’s arch-enemy in the publishing biz and then finds herself falling in love with him? (That’s the one I’m finishing up now.) And I usually have pretty clear pictures of the leading characters in my mind as well. But I don’t go into a lot of details in my mind about what’s going to happen next. Consequently, I find my characters constantly surprising me and going off in directions I hadn’t expected.

Sometimes those unplanned diversions become important parts of the story. At other times, they turn out to be huge time wasters and I wind up having to do substantial rewriting. That’s one of the reasons I’m not a super-fast writer. I’ve tried adhering meticulously to a plot line, and I do get through the story faster, but I don’t enjoy it as much.

I like those unexpected diversions in story telling. They remind me a lot of real life. Sometimes the best things in life happen in totally unplanned, unexpected situations. I think writing by the seat of my pants helps give my stories that same feeling of spontaneous adventure – or at least, I hope it does!
Posted by Long and Short Reviews at 4:00 AM