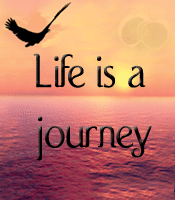 Instead of talking about me as a person, which I seem to have done an awful lot of lately, here at LASR this week I want to talk about how I write a book. So many people have asked me, “How do you do it? Come up with all those ideas and situations? How do you make your characters seem so real?”

I never stopped to think of it before, but I do have a process. It may sound mechanical at first, but believe me, it’s far from emotionless. It’s like getting to know a new friend, very well, over a very intense period of time. You spend hours and hours with these people you’ve created in your mind, until some times they seem more real to you than the people you encounter in your daily life. The best part about it is you get to control what they say and do and how they react—some of the time. Most of the time, they surprise you like the real people in your life, and all you can do is hang on for the ride.

So here goes: first I start with a conflict. It took me a long time to learn what conflict was, but I think I finally have it down. Conflict has to come from inside your characters. It has to be a part of who they are. It can’t be thrown at them and pasted on from the outside, although a good external conflict will help to keep the story moving along and will be a nice counterpoint to the internal conflict, but genuine conflict has to come from within, and it has to be your characters’ primary motivating force.

In Thin Ice, Emily’s primary motivating force was personal safety. She’d grown up in a household where her father was only home on the weekends, and the kids made sure to stay out of his way. Being the oldest, Emily felt responsible for her younger siblings. When she left them behind to become a doctor, she thought she was showing them there could be life after growing up in their turbulent household. Instead, she married an abuser who hid behind his money and manners. So, Emily’s primary goal, for herself and for her child, is personal safety.

Enter our hero, Eric, who grew up over a bar, busting up fights, and looked to hockey as his escape from what would essentially have ended up as life as a bar bouncer. He knows how to take care of himself. Personal safety is not an issue for him. But needing to be needed is. Eric grew up feeling responsible for the women in his life—first his mother, then his ex-wife, and now he wants to “take care” of Emily. But the last thing in the world Emily wants is to be taken care of. The last time she depended on someone to “take care” of her, she nearly ended up dead. She’s not about to let that happen again.

So there you have an example of conflict.

In Ashton’s Secret, my latest release from The Wild Rose Press, the conflict is a bit different. Meghan’s not worried about personal safety. She’s on a mission to find out the truth about her sister. She has no use for people who lie. Lying is all Nick knows how to do in this particular situation. To tell Meghan the truth could get her killed. Nick’s issue is the need to feel accepted, though he would never admit it, being the alpha male that he is. Meghan has moved past that, having turned her back on the world of Washington DC politics and society. So you have a free-spirited woman on a quest for the truth and a man who can’t afford to let her expose it.

I’d say that’s conflict. Tune in tomorrow for what you do once you have the conflict in your story nailed down.
Posted by Long and Short Reviews at 4:00 AM