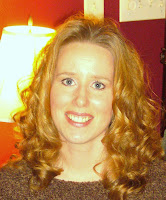 Got a deadline looming on the horizon? Don’t feel like cooking? Have a mountainous To Be Read pile and a whole day with nothing to do but read? That last one doesn’t come as often as I’d like, but when it does, the last thing I want to do is set down my book to cook.

On my final day here with you, I’ve got two quick dinner recipes that will free you from the kitchen so you can do whatever your heart desires for the day. (Like read my books? *grin*) Even those of you who enjoy cooking might want a break once in awhile. What I love about both recipes besides their ease and how yummy they are, is the fact that all ingredients are easily stocked in my pantry/freezer for me to throw one of them together whenever I wish.

2 sm. cans Cream of Chicken or Cream of Mushroom soup

Salt and Pepper to taste

Line 9” pie pan with one crust. In a bowl mix chicken, veggies, soup, and salt and pepper. Pour into pie pan, top with second crust, form edges, cut slits in top. Bake at 350 degrees for 1 hour, or until crust is golden brown on top. (My mom uses a bag of frozen mixed veggies instead of Veg-All; it’s good but makes the pie runnier. Once in a while, I also add some cheddar cheese into the mix.)

This next one from a co-worker (Thanks Marie!!) bakes in the crock pot all day, so you do have to plan ahead, but it’s as simple as they come and mmm, mmm GOOD!

1 med. jar of your favorite Salsa

Toppings: Shredded cheddar cheese, sour cream, Tostitos chips (or whatever kind you like).

Dump everything in a crock pot, stir, and set on low for 8+ hours. When you’re ready to eat, use a fork (potato masher works good, too) to shred the chicken inside the crock pot and you’re done. Top with cheese, and sour cream in your bowl to eat like a dip with the chips, or crumble the chips on top. (This recipe makes a fair amount, so if you’re cooking for less people, cut ingredients in half.)

Now I’ll give you a little taste of what I write to whet your other appetite. If you haven’t checked out the excerpts on my website (www.StaceyJoyNetzel.com), here’s a bit of Chasin' Mason for you to enjoy.

When his father announced his engagement to a gold-digger with a lying, scheming fourteen-year old daughter, seventeen-year old Tripp Warner left Warner Ridge Ranch and never looked back. Until the day he got the phone call that his father had died unexpectedly.

Reggie Reed lives with her guilt every day but can't quite work up the courage to track down the son of the man who raised her as his own. When Tripp shows up at his father’s funeral eleven years later--and a hell of a man to be reckoned with--he has no interest in her too-late apology. Worse, they’ve inherited half shares of the family ranch—but only if they work together to catch Mason’s Gold, the stallion a young Reggie let escape and made sure Tripp took the blame for.

Tripp proposes a secret competition to the beautiful witch who stole his life: whoever catches the stallion first gets the ranch all to themselves. It sounds simple, but once they’re out on the range, tempers and passions flare in the Texas heat and nothing goes as either of them expects. 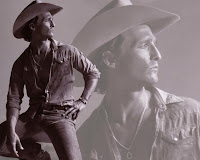 **To make this more enjoyable, here’s a picture of how I envision Tripp.**

“I expected you hours ago,” she said, exasperation heavy in her tone.

“Sorry to disappoint you.”

“Hardly,” she said with a delicate snort.

Yet her eyelids lowered as her gaze swept down and up, taking stock of the comfortable tee shirt and jeans he’d worn for the long drive from Galveston. Something flickered in her eyes; something hot he instinctively recognized as more dangerous than a rattle snake. She shut it down quick and lifted her chin so her cute little nose stuck in the air.

“And now that I can see there’s no danger to Grandma, I’ll see you in the morning.”

Her bare feet whispered across the floor toward the stairs. He opened his mouth, then closed it. Shut up. Don’t go there. Don’t—

Her right foot hit the bottom stair, her nightgown swaying with the enticing movement of her hips.

She paused and turned. “What?”

Hooking one thumb in the front pocket of his jeans, he took slow, measured steps across the floor. Tension spread through him like the flush sweeping across her pale skin. Her fingers tangled in the material of her gown, tugging the hem lower as he came to a stop in front of her. Unfortunately, she also succeeded in lowering the neckline. The thud of his bag dropping to the floor made her flinch.

Tripp lowered his tone. “You said there’s no danger to Nana, but what about you?”

Her voice cracked and her throat muscles worked fast. He dropped his gaze to the rapid pulse beating at the base of her neck.

He lifted a hand to the rosy skin of her neck; felt her life beat beneath his finger tip. Anticipation hummed along his nerve endings, making him excruciatingly aware of every shallow breath she took. “Fine doesn’t begin to cover it, Princess.”

When he slid his fingers into her silky hair to rub the back of her neck, her eyelids lowered, then closed. Her hands rose to press against his chest. God, he was pretty sure he hated her, and yet he damn sure wanted her. It was the craziest thing. He shifted closer, slid his other hand over the curve of her hip to press against the small of her back, leaned in to inhale the evocative scent of peaches. The heat of her skin burned through the thin, satiny material of her nightgown to warm his hand where it rested along her spine.

His mouth hovered above her moist lips, his unsteady breath mingling with hers. He started to close the distance.

“Such a strong word—hate,” he murmured, even though he’d just thought it.

Forgoing her mouth, he lightly brushed his lips over her smooth cheek with its charming freckles. It wasn’t enough. With the hand buried in her hair, he angled her head to give him access to the delicate column of her neck. He pressed his tongue to her pulse, licked, then sucked gently. She made a small noise deep in her throat. His body throbbed in response as his arm curled tighter around her waist.

Stubborn witch wouldn’t let it go. That hadn’t changed. He worked his way back to her mouth. “Do you like me?”

Her violet eyes opened and locked with his, making his heart thump hard.

“Don’t mess with me, Tripp. Please.” The sincerity in her voice was astounding.

“Who’s messing?” he asked, making light of her plea while brushing his thumb over her lower lip. He wanted to taste her so bad, and she just wouldn’t shut up.

The reminder of what was at stake in this game was just what he needed. He lowered his head to whisper against her mouth. “Like you played fair all those years ago?”

In a heartbeat, she stiffened and shoved against his chest to be free. Tripp held on; let her see who held the control now. Her eyes widened, and then darkened with a fury that turned him on even more. They stared at each other, breathing uneven, hearts pounding.

And just like that, something changed. Struck his chest so deep inside it terrified him. He released her and spun away as she grabbed the railing for balance. He braced a hand on the wall and hung his head, fighting for a lungful of air.

She didn’t reply. When he snuck a glance, she was halfway up the stairs, white silk panties playing peek-a-boo with the hem of her nightgown. Tripp uttered a low groan and made for the porch like the hounds of hell were on his heels.

If you’d like to read the rest of Tripp and Reggie’s story, you can find Chasin’ Mason at:

Thank you to LASR for a great week, and thanks to all of you for visiting! Don’t forget, any comments today still qualify for the regular and bonus give-a-ways.

www.StaceyJoyNetzel.com
Posted by Long and Short Reviews at 4:00 AM

Good morning everyone! Believe it or not, I whipped up a big ol' crockpot of Chicken Chili this morning to take up to the lake (see Thursday's post) for the weekend with family. Comment away--I'm going to try to get online using my Mom's laptop, but if I don't, thanks for stopping by and have a wonderful weekend!

I appreciate all the visitors and comments this week. :)

Well, you know Paul is particular about chili, so I have to stick with my own recipe, but we sure do love your recipe for crock pot baked beans! In fact, I think I'll make them next week (just need the recipe again, please *sheepish grin*.

Have a great time up north, Stacey! And thanks for a wonderful week! :-)

Pauline, Chasin' Mason is a fantastic read, and I'm not just saying that because she's my CP & good friend. I rarely write reviews, but I felt compelled to write one for Tripp & Reggie. :-)

|I've been enjoying your excerpts and articles - I certainly do want to read 'Chasin' Mason', it sounds fantastic - and I love the cover too!

I like the sound of both recipes and will give them a try. Enjoy your weekend.

Stacey,
I love your stories. The recipes sound great. I've added both of them to my cookbook.

Thanks so much for the tasty excerpt too. Yay!

Phyllis and Chiron--I hope you enjoy the recipes!

I'm late with this--but thanks to everyone who came by!