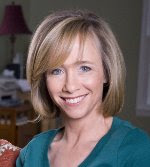 The Long and the Short of It is pleased to have Elise Chidley, author of Your Roots are Showing.

Writing, for Elise, is an extension of reading, and she's loved to write as long as she could remember. "When I was about eight," she said, "my dad picked up a ‘book’ I had written about a pride of lions. 'Who made this?' he asked, as if it could equally have been the work of my sister (11) or my brother (12). I had impressed him! I knew then that I was a writer."

Sometimes, at the beginning of a project, Elise suffers from writer's block. "I think your biggest enemy," she told me, "when you're in that frame of mind, is a blank page. So if I can't make any progress on a particular day, I will edit something that I've already worked on. As soon as I start work on some non-threatening task, like cleaning up something I've already written, I find that the words flow more easily, and I can break into that blank space on the page."

Normally, for Elise, the premise for a story pops into her head, then she begins forming the characters and exploring all the nooks and crannies of the story. "Characters flesh themselves out as I go along," she explained. "I think the character's voice—the way she or he thinks or speaks—is key for me."

Elise writes at a pine desk in the corner of her living room, where she can glance away from the monitor and out the window to see a stretch of lawn, an old stone wall, and her neighbor's house in the distance. She's even seen a red fox walk by while she works. She told me that this is a far cry from where she used to write.

"I used to work up in the attic of our former house, with no comforts and no view—but I had a lot of privacy, and sometimes I think the austerity of the attic made me more productive."

Another house they lived in for a year they spent in England was the catalyst for Your Roots are Showing. "That bleak, unfurnished rental...made me wonder how a single woman would cope in such a difficult place," she said.

Your Roots are Showing is also published in England, albeit under a different title, The Wrong Sort of Wife. Elise told me she's asked "why" quite often at talks she gives to local book clubs.

"I explain that I sold the book to two publishers simultaneously and wasn’t able to get the different editors to agree on a few key points," she said. "They also ask where I got the idea for the scene where the main character dresses herself in Saran wrap. I never tell them."

"What is your work schedule like when you're writing?" I asked.

"I work around my children’s lives," she told me. "After I’ve dropped them at school, I walk past the overflowing washer and dryer, and the sink full of breakfast dishes, and fire up the computer. I’ve had to train myself to leave household tasks for times when the kids are in the house, because you can do that sort of work in the midst of noise and activity—but you can’t write without some peace and quiet."

One of the fun questions I like to ask authors is, "Do you really, really want a dog." I had to laugh when Elise answered, "I have a dog. Do I really, really want it? Ask me on a day when she hasn't chewed up the advance reader copy of my first book."

I also wondered what Elise's strangest habit was.

"I have no strange habits," she asserted. "Doesn't every woman go down into the basement and then forget what she's doing there?"

Elise is descended from "brave Scots who went out to live in Africa in the 1800s." She went to boarding school in South Africa and, as a rite of passage, ate the strangest thing she's ever eaten. "You were nobody," she shared, "until you'd eaten a flying ant."

She considers herself a night person, however she admits to being in a bit of a Catch-22 position. "I need my sleep," she said, "and I always have to get up early."

I asked, "What is one thing scientists should invent?"

"My favorite question!" she exclaimed. "Scientists should invent a robot that is able to collect household items, especially Lego blocks, and return them to their designated place. You see, in my house there’s a place for everything, but the darn things don’t want to stay there."

Finally, I asked Elise what advice she would give to a new writer just starting out.

"You have to be really convinced that writing is something you want to do," she said. "It’s a lonely job requiring a lot of self discipline. Relatively few people can do it—but everybody’s a critic. If you really love the actual process of writing, then you should keep going no matter what obstacles you encounter along the way."

You can keep up with Elise on her blog, http://elisechidley.wordpress.com
Posted by Long and Short Reviews at 4:00 AM