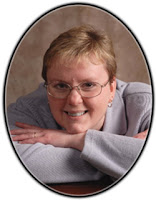 I’m often asked about where I come up with the titles for my books. Actually, I don’t find the titles; the titles find me.

Every book I’ve written has been a process of laying down the first several chapters as I look for a focus, something about the characters or the conflict that speaks to me. Once I grasp the direction of the plot, that’s when the title comes to me.

In Murphy’s Law, the title started as a pun on Katie Murphy’s name. But that title quickly took over the story. Everything that could possible go wrong for Seth and Katie went decidedly wrong. Their lives and their love became the epitome of the stereotypical Murphy’s Law.

In my urban fantasy series, I wrote quite a bit of the first book before the title appeared. In fact, I had to come up with a title because I wanted to enter it in a contest. Having no idea what to call it, I settled on Contemporary Amazon. Awful, I know, but it hit the finals under that name. Right after I sent in the entry, Rebecca’s character revealed her true nature. She might be a contemporary Amazon, but she was a damned reluctant one, hence The Reluctant Amazon. After that, the rest of the titles were easy. Each Amazon’s book is named after her weakness. Hopefully, those books will find their way to print soon.

The only book that I wrote around a title was Turning Thirty-Twelve. I sat down on my forty-second birthday and wrote a monologue about my own middle-aged angst. I joked about how I always tell my age to my students. I’m not forty-five; I’m thirty-fifteen. Jackie Delgado was born from that monologue’s pledge that she would make that time the best year of her life.
Posted by Long and Short Reviews at 4:00 AM

Sandy,
So many people in the writing industry say not to get too attached or married to your title.
It's refreshing to know there are exceptions to the rules! I enjoyed reading about your process and most definately enjoyed your humor.
Vikki Bakus

Thanks, Vikki!!
You're right. Titles are often at the discretion of the publisher. I've been very lucky with BookStrand. Who knows what will happen in the future.
:-)

LOL on the "Thirty-twelve" idea, Sandy. I love it!
So far, none of my books have been published under the titles I gave them. It's something I've come to expect, but the next one, which I titled Fugitive, is actually going to stay that way. It's a breakthrough!

Hi, Cheryl! I learned early on not to be "married" to my titles. Who knows what will happen to my Amazons when my agent sells that series?
Glad you got to keep your last one! :-)

I most definitely relate to your tendency to building your books around your titles. That's totally my D. D. Scott way too!

With my series BOOTSCOOTIN' BLAHNIKS, I've created and thrived in this whole wonderful world of Sex and The City meets Urban Cowboy.

That title popped in my head from day one of these three books' adventures, and has never let me, my agent or the editors we've submitted to go too far without checking out what my sexy, sassy, smart stories are all about.

In the same way, I've been attracted to your work...because your titles grabbed me from the get-go.

Thanks, Robin! I'm always amazed by that story. It was sort of a "red-headed" stepchild. Not part of a series. Way too sarcastic. Evidently I'm not the only one who loves sarcasm. :-)

Thanks, DD! I always loved your titles too. :-)

Love your titles Sandy. I hate having to think up titles, I always have a 'working title'which somehow ends up being THE title - and strangely enough none of my titles so far have been changed!

A great title is such a treasure..and such fun when you think of a really good one. Sometimes I think of titles for books I know I'll never write...do you all do that?

If so--Maybe we should get everyone together and share!

Yes, Hank, I do. I've got a treasure trove of titles just waiting for me to write books around. :-)

OOh...that's so tantalizing! Can't wait to hear what comes next from your title-perfect mind.