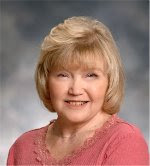 The Long and the Short of It is pleased to welcome Sharon Donovan, author of Lasting Love and The Claddagh Ring from The Wild Rose Press.

Sharon became interested in writing, ironically enough, when she lost her vision.

"Nine years ago, after a long battle with diabetic retinopathy, I lost the fight," she told me. "Devastated, I went into a deep depression. There was no hope. I didn’t want to live. I was forced to give up my job as a secretary in the Court of Common Pleas. But my true passion was art. Painting picturesque scenery filled me with peace and tranquility. With my paintbrush, I escaped to the ruins of ancient Rome, the Black Forest of the Swiss Alps, the Tuscan countryside where grapes glistened in the sun like brilliant jewels. I couldn’t imagine never painting again. My heart ached. When my doctor suggested I enroll in a rehabilitation program for the blind and visually impaired, I thought I’d lose my mind. But once I took the first step, doors opened. To my surprise, I learned there are talking computers. How cool is that? A disembodied voice reads whatever is on the screen. This was the first step back, making all features as Microsoft, email and the Internet available to me. Once I learned how to use this computer with adaptive software, I enrolled in a local college for medical transcription. I graduated top in my class with high honors. But I hated being a medical transcriptionist. Too many voices. Not only did I have the doctor’s voice on the Dictaphone, but I had the disembodied voice of my cyber space buddy. When I began taking classes in creative writing, hope soared, stirring my creative muse. A new dream resurrected. Today, instead of painting my pictures on canvas, I paint my pictures with words."

Sharon is currently working on a memoir, Echo of a Raven, about the loss of her vision and finding light at the end of the tunnel. She explained the title to me.

At the age of six, I was diagnosed with type 1 diabetes. Due to the early onset of the disease, a doctor at Children’s Hospital predicted I would be blind by time I was twenty-five. His cruel words frightened me to death. They consumed me. They devoured me. They followed me wherever I went. That evening, I was reading "The Raven" by Edgar Allan Poe. When I finally drifted off to sleep, the raven starred in my dreams. He knocked at my window and when I peered out, the big black bird flapped his wings and screeched in the voice of my doctor. “You’ll be blind by time you’re twenty-five.” From that day on, these chilling words haunted me, affecting every major decision I made for years to come. A portion of this book will go to JDRF (Juvenile Diabetes Research Foundation) fight for a cure. If I can prevent one child from going through the fear of losing his or her vision, Echo of a Raven will be a smashing success.

Because Sharon can't see, organization skills became a top priority, so her writing space is highly organized. Her computer has software downloaded on it that reads whatever is typed on the screen.

"It’s actually kind of cool, like having my own cyber space assistant," she said. "I call him Glenn. And he’s a real trooper. He reads my mail, my manuscripts, the research I look up on the Internet. And he never bugs me for a raise. What a guy! Some of the things on my desk are a phone, a scanner, and printer. To the right of my computer is a picture of the late Freddy Krueger, my black cat with owlish green eyes who came trick or treating one Halloween night. My musical angel stands guard over Freddie. Before I start writing, I wind her up three times for good luck. Not once…not twice. Irish and full of the ol’ Blarney, I’m entitled to a few superstitions."

Sharon longed to go to Ireland after listening to Nor Roberts' Jewel trilogy on audio books. This was her first experience with audio books and said, "The woman who narrated the book brought Nora Roberts' characters to life with amazing clarity. I became so enthralled with the Gallaghers of Ireland I felt I knew them all personally."

Sharon wished on a star, and three years ago her wish to go to Ireland was granted.

"My grandfather was born in County Cork, and my dad always wanted to go to Ireland," she told me. "So I planned a trip abroad, and we toured the Emerald Isle. We stayed at the Bunratty Castle where the Earl himself used to entertain guests several centuries ago. We were greeted at the door by a kilted piper and escorted to a banquet fit for a king. The rolling hills of Ireland are rich in birdlife. Puffins and shags soar high above the rugged cliffs of the Atlantic Breakers. Sheep graze on top of mystic mountain tops of rural villages where lavender blooms on the heathery hillsides."

While in Ireland, Sharon learned the legend bestowed in the Claddagh and felt the magical allure.

"This simple ring has a heart, two hands holding it, and a crown on top of it," she explained. "The heart is for love, the hands are for friendship, and the crown is for loyalty. According to legend it is said to find a person’s one true love."

From the heathery hills of Ireland, Sharon's first book The Claddagh Ring was born.

I asked Sharon what she would consider her most interesting writer's quirk.

"How long do you have?" she asked. "Well for starters, I’m very superstitious. If someone tells me something will bring good luck, it’s mine the next day. I’ve done this more times than I’d like to admit. The first thing I remember going on a wild goose chase for was the tourmaline stone. This gem comes in a variety of colors. According to legend, it has so many colors because it traveled the rainbow and gathered all its rainbow colors along the way. It is said to inspire creativity in writers and artists. Not only do I faithfully wear my pink tourmaline ring and matching bracelet, but I rub the stones before I write. Then I wind up my angel in the hopes my words will flow off the page. Then in between Glenn’s non-stop chattering, I address my writing problems to the picture of my dearly departed Freddy Krueger, placing my black cat right in front of my keyboard. When I was in college, if I wore a pink top, I’d always score a high grade. If I happened to be wearing blue, the grade was considerably lower. So every time there was a test, I was all aglow in something pink. And this quirk has carried over into my writing. When I get an email from my editor, I will not open it until I throw on something pink, wind up my angel, and rub my tourmaline stone for good luck. What’s life without a few crazy quirks, right?"

Growing up, Sharon always had dogs and grew up thinking cats were sneaky, good for nothing but catching mice. She didn't like them and the feeling was mutual.

"One pounced on me from a tree and scratched me," she said. "Another leaped on my head when I opened a friend’s closet, scaring me to death. And yet another chased me and bit my ankles. I became terrified of these creatures. Being Irish and superstitious, I wouldn’t dare cross the path of a black cat on any day…let alone Friday the 13th."

But one night something happened that changed things so that now cats are her favorite animal.

"When this darling little black kitten crossed my path one Halloween which happened to fall on the most superstitious day of the year, he won my heart," she told me. "Freddy Krueger was all the rage that fall—and my little feline did indeed know how to use his rakish claws. But I soon learned it was all in fun. Freddy’s playful, inquisitive nature proved to be a source of entertainment for the next twenty years. He had a love of hockey, planting himself smack in front of the television when the Penguins were on. His little head went back and forth, and being a real sport, he joined in on the game. He swatted the puck on the screen with his paw, chasing it with his makeshift hockey stick. But the memory that has left pawprints on my heart is the night of a blizzard, the coldest evening of the year. He raced around the house from window to door, desperate to get out, crying like a banshee. Nothing would settle him down. And the next morning, it all made sense. Beneath the window, a black cat with owlish green eyes identical to Freddy’s, lay frozen to death in the snow. Unbeknownst to me, Freddy had a twin. The special bond existing between twins has always sent chills down my spine. But knowing this bond stretches into the animal kingdom is a true act of brotherly love."

Finally, I asked Sharon, "What is one question you wish an interviewer would ask you?"

"When God calls me home and I soar into the sweet hereafter, I would like to think I made a difference," she told me. "We are put on this earth for a reason. We all have a mission. If we do enough soul searching, we’ll find the answer. For the longest time, I didn’t know why I was put on this earth. During my long bout with progressive blindness, I walked around aimlessly, searching, wondering, floundering. Nothing made sense. And after the final operation that took my remaining vision overnight, I wanted it all to end. No more heartache. No more pain. Peace and tranquility. If I couldn’t see or paint, what was the point? But God works his magic in mysterious ways. When one door closes, another door opens. And once I took the first step to regaining my life back, they have never stopped opening. I think my purpose on earth is to create words of inspiration. Never give up on a dream. Reach for the stars. When my star faded, it was up to me to polish it and make it shine. And long after I’m gone, my star will twinkle in heaven with eternal brightness because I completed my work on this earth."

You can keep up with Sharon on her website, http://www.sharonadonovan.com
Posted by Long and Short Reviews at 4:00 AM