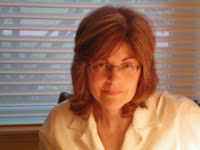 Cutpurses and Corinthians: Life in London

Many Regency Bucks took inspiration for their adventures from one of the most popular books of its day, Life in London, or The Day and Night Scenes of Jerry Hawthorn Esq. and his Elegant Friend Corinthian Tom by Pierce Egan.

Mr. Egan was a journalist. In 1820, he started publication for a monthly journal that involved a fictionalized account of his observations of the actions of gentlemen of Quality in London. The main characters were Tom, a man about town, and his cousin, Jerry Hawthorne, visiting from the country.

Basically, Jerry comes to London to visit his cousin, who introduces him to the delights of town. These include not only high society events such as attending a dance at Almack's, but also romps though the London underworld and slumming it in the notorious east end of town. Tom and Jerry go to gin houses, roll the watchman, have fun with ladies of less than sterling virtue, and meet a colorful collection of low-class characters.

The book was a wild success and, copyright laws being what they were (non-existent), was merrily ripped off in bootleg versions and a highly popular stage play.
The low-class characters in the book spoke so differently from the upper crust that the book had to include a dictionary of "The Vulgar Tongue" or "cant"--the slang they used. This dictionary may have helped the Bucks of the Regency to learn the slang that peppered their speech.

Or they may have learned it at the gin house themselves!

Tomorrow, I'll look at some of the wilder words of Regency Cant.
Posted by Long and Short Reviews at 4:00 AM

Vanessa, I didn't read any of those popular books. I know I'd love to read one, just like you explained of Mr. Egan's. I didn't realize they had those sort of books. I do have one book that I love to pick up and just read any part of it, called: What Jane Austen Ate and Charles Dickens Knew: From Fox Hunting to Whist-The Facts of Daily Life in Nineteenth-Century England by Daniel Pool.

I'd like to find more like that and too of like Medieval, and other historical settings. I don't really know much, I just love reading historical romances and love to learn this time period, especially regency, Victorian, Medieval, Georgian and American Western.

Caffey, What Jane Austen Ate is a really good book. A really interesting book I'm reading right now is by Ben Wilson - it's called The Making of Victorian Values. It's a great social history.