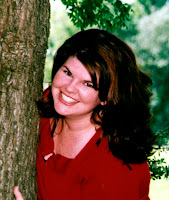 As I sit down to write my thoughts for this week’s spotlight essays, I opened the Word document and started writing out “Monday, Tuesday, Wednesday…” Well, I think you get the picture. And I had the funny image in my head of days of the week underwear. I don’t know about you, but it’s safe to say that one, I’ve never worn them and two, you probably don’t want to think about my undies even if I had.

However, being that my recent release Something About Her is a historical, I couldn’t stop but wonder about the undies equivalent in Ye Olden Days. In fact, did you know that the term “ strait-laced” is rumored to have come from the determination of a woman’s sexual escapades based on her corset laces? A husband could determine if he was being cuckolded because the knots in her corset were different than the ones he had tied that morning. If they were laced straight, then she was pure and proper. If they were loose, then she was…yes, you guessed it. Loose. Whether this is true or just a fancy tale, it would certainly make for a terrific scene. (Hmmm…)

The time it took to get undressed might explain why proper women weren’t supposed to be sexual creatures…and why courtesans and mistresses lived in their lingerie. By the time they removed their corsets, the petticoats, the pantaloons, the chemises and whatever else they managed to shove underneath their gowns (other than the hero’s hand, of course), it was exhausting! Snuff out the candle light and go to sleep already. And the concept of a “quickie?” Well, I suppose one could just lift up the pile of skirts and… Yes, I think you get the picture. 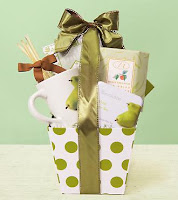 Remember to answer the daily question for a chance to win this lovely tea party basket.