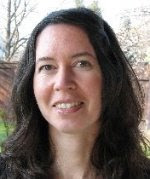 The Long and the Short of It is pleased to welcome Jennette Green, author of The Commander's Desire.

Jennette wrote her first book at seven. She said, "It seems like I've always had stories running through my head. Often, as a child, I'd lie awake at night imagining one sort of adventure of another." She wanted to remember them, so she started to write them down.

She was a little older, however, when she wrote her first book. "I started writing my first book when I was twelve, and finished it when I was eighteen," she told me. "It's a children's book about a family who gets shipwrecked. I wrote it while we traveled all through Central America, Panama and the Caribbean in our family's sailboat. It gave me lots of time to think, dream, and write."

She has a number of favorite authors, among which are Janet Evanovich, Lisa Kleypas, and Rosamunde Pilcher. "All of these authors have the gift of drawing me into their books and never letting go," she explained. "I'm never bored reading their novels, and I can only hope to apply some of their fantastic writing techniques to my own writing."

I asked, "Which comes first in your own writing—plot or character?"

"It's interesting, but usually my plots and characters pop into my head at the same time," she said. "A dramatic situation comes to my mind and with it appear my characters, already locked in 'mortal' combat. Immediately, I get a sense of who they are and start writing. The Commander's Desire, my historical romance that was recently released, evolved just like that. A scene near the end of the book appeared in my mind, and I said, 'Oh, my! What would I do in that situation?' Then I started writing the beginning. I wrote the first chapter almost without stopping."

The Commander’s Desire is a historical romance novel set in medieval Scotland. In this book, Princess Elwytha’s brother was murdered by the Commander of the enemy Prince. Elwytha is sent to their castle under the guise of peace, and she offers herself in marriage to the enemy Prince. The plan? Kill the Prince's battle-scarred Commander -- the man who ended King Thor's life with one filthy sword thrust through the back. To her horror, the Commander agrees to take Elwytha as his bride, instead.

Jennette said, "I feel very blessed, because I’ve had a number of readers tell me they love the book, and weren’t able to put it down once they started reading. In addition, The Commander’s Desire has received a Top Pick review from 'Romance Reader at Heart,' and five stars from 'WRDF Reviews.'"

She is currently working on several projects . "I'm writing the last book of a paranormal trilogy right now," she told me. "I wrote the first book almost thirteen years ago, and the others have been nagging at me ever since. I hope to finish in May. I've also got an inspirational romance that is just about ready to be submitted to my publisher and another historical romance needs just a a bit of tweaking before it is ready, too. I hope to submit both soon to my publisher. In the fall, if all goes well, I'd like to write the sequel to The Commander's Desire. It will be the Prince's story, of course. I've had a number of people say they want to read it!"

I asked Jennette if she ever suffered from writer's block?

"Sure. A lot of times I get stumped," she said. "I do two things. First, of all I’m a Christian, so I pray for wisdom. I sure need it. Then I start writing the scene that’s got me stumped. Each scene has a purpose, but sometimes I’m not exactly sure the best way to write it. How do I grip the reader and draw her in? Even if I don’t have every step mapped out, I just start writing. One step at a time. Amazingly, it all unfolds, right before my eyes! Sometimes extra twists and turns show up, and I love those scenes best of all. I love to be surprised by my characters, and often these unexpected tidbits deepen the character conflict and plot in wonderful ways."

Jennette told me that she likes a story to move along, so she feels that the most important elements of writing are tight writing and conflict. "I hate being bogged down in a bunch of boring description," she confessed, "and in fact often skip right over it to get to the action."

When she's not writing, she loves to spend time with her family. She also likes designing and creating websites and blogs. She runs a blog, http://www.findagreatromance.blogspot.com, that lists the latest books from her publisher that have received 5 star reviews. In addition, she enjoys photography and reading romance novels.

On a personal note, Jennette shared with me that she hates how she looks in pictures. "My husband took tons of photos in order to get the halfway decent one for this interview. I'm not photogenic in the least."

The strangest thing she's ever eaten was when they lived on their boat. She ate sea snails, as well as squid. "People say they both taste like chicken, but they didn't to me," she said. "Instead, they tasted bland and were rubbery and chewy. Not high on my list of 'must try' foods."

She loves all animals, but admitted to me that her favorite is the cat. "They're quiet and I love the sound of their purring," she said. "But what I love most about cats is they don’t demand tons of attention. They’re okay in their own little world, and will come visit when they feel the need to be sociable. Dogs, on the other hand, although I like them, are way too demanding. I need my space."

Jennette had a very original idea when it came to my question about something scientists should invent.

"A multitasking refrigerator/oven," she answered. "First, it would sense what items I need to buy, and print up the list for me when it’s time to go grocery shopping. When it’s time for dinner, I could choose the meal I want, and it would throw all the ingredients together and cook them to perfection!" She laughed. "Can you tell making dinner is not my favorite thing to do? Once in a while is fun, but night after night is a chore, plain and simple."

Part of that may be that Jennette is very much a morning person. "I get up at six every day, and get most of my work accomplished in the morning," she said. "By eight o'clock, I'm starting to wind down." She added with a laugh, "It's also when we eat dinner here. By nine it's time to start thinking about hitting the hay."

Finally, I asked Jennette what advice she would give to writers just starting out.

"Writing is very hard work," she told me. "I hear so many people say, 'I’ll write a book someday.' Yes, well, that is a great goal. However, writing the book is only the first step. So many variables need to be included to make the book into a gripping tale. Writing is a craft, and just like any other craft, it takes a lot of work, study, and writing, writing, writing to make an excellent manuscript. I’ve been writing for well over thirty years, but I continue to learn more every day."

You can keep up with Jennette on her website, http://jennettegreen.com
Posted by Long and Short Reviews at 4:00 AM