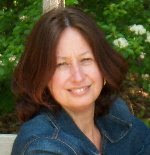 The Long and the Short of It is pleased to welcome Anne Carrole, author of "Re-ride at the Rodeo," which will included in an upcoming anthology Return to Wayback. Her short story, "Ultimatum," took first place in the 2008 LASR Short Story Contest.

I asked her to tell us a little about "Re-ride at the Rodeo." She said,


"Re-ride at the Rodeo" is a story about a young woman coming to grips with her past and a cowboy adrift in the present and neither see the other in their future.

Saddle bronc rider Clay Tanner is looking for a good time and the tempting little blonde at the rodeo looks like she could use one—except she turns him down. Feeling like he’s been bucked off before the eight second buzzer, Clay’s betting he can score if she’ll give him a re-ride. But qualifying may call for more than he’s prepared to give.

Dusty Morgan is determined to resist the sexy rough stock rider staking out her station. She’s vowed never to get tangled up with someone who makes their living through rodeo and she’s not interested in a hit and run. Though he may be what she desires, Dusty knows from experience he isn’t what she needs—or is he?


Anne has been making up her own stories since she started reading and sometime in elementary school her writing skills caught up with her imagination and a writer was born. She always wanted to be a writer, she said, "since I first put pen to paper and wrote a story about my cat. When I was still 'too young to know better,' I wrote a story fashioned after the old movie Divorce America-Style. My mother found it and was appalled that I had written on such a subject at my tender age of ten—but she did admit she liked the story. My first fan!"

I asked Anne which came first for her, the plot or the characters. "My characters come first," she replied, "and then they propel me to tell their stories."

Two of those stories are works in progress for Anne. I asked her to tell us about them.

"One is a western-themed contemporary about a woman whose made the decision that she can’t have it all, opting to run the family’s financially troubled livestock business who has to contend with the new partner who will challenge her right to the presidency as well as her heart," she said. "My other work in progress is a western historical about a Harvey Girl in desperate circumstances who enters into a marriage of convenience only to find her lawman husband is also involved in the one enterprise she has vowed to eradicate."

These characters also prevent Anne from getting writer's block. "[Writer's block's] one thing that has yet to plague me," she confessed. "I have the opposite problem of too many stories with amazing characters who are nagging me to get to their stories."

Even though Anne's been writing most of her life, she told me she didn't start writing with a serious intent of getting published until four years ago. When I asked her when she first considered herself a writer, she said, "When I pitched to an editor who liked my story."

The most difficult part of the writing, for Anne, comes during the editing process. "Not the revision phase," she explained, "which I actually enjoy, but looking for all the punctuation and grammar errors. I just don't see them. I get involved in reading the story (again) and can't find them. I've enlisted my perfectionist DH to help me with that."

Anne's office is lined with bookcases overflowing with books. "At one end is a mahogany antique chest of drawers that displays cowboy hats and antigue bonnets," she told me. "At the other end is my (messy) L-shaped desk that allows me to look out a window as I type away. You’ll always find a cup of tea on my desk, proudly sitting on its own little hot plate so it doesn’t get cold as I write."

She normally checks email for the first hour of her day, then writes for the next three to four hours—non-stop. "Then I check email again before going back and reading through what I've written so far, revising if necessary," she said. "If I have time, I do a half-hour work out (since I’ve been sitting all day, I really need it.) By then, the school bus is usually rolling up and it’s time to put my Mom hat back on. I usually find a moment or two to get a fresh cup of tea or grab a bit of chocolate—strictly for inspiration, mind you."

On a personal note, Anne shared with me that her strangest habit is always making sure the toaster is unplugged before she leaves the house. "It’s a little OCD, I admit," she told me, "but we had a fire in our town that leveled a house because, you guessed it, the toaster had been left plugged in. Every time I go by that vacant lot, it’s a reminder of what could happen."

She also told me about a couple of the stranger things she's ever eaten. "[The strangest was]a rare mushroom on a visit to Japan that my hosts had gone to a lot of trouble (and expense) to get for our meal," she said. "I found it very bland but politely nodded as my hosts praised its taste. The second strangest thing (for me, anyway) was a dish of kidneys when I was in Paris. The poor waiter tried to explain to me that I was ordering kidneys by patting his back several times but because of my weak understanding of French (and mime), it didn’t register—until I tasted it."

I asked Anne if she had ever made a crank phone call. "Yes, to a boy I was fond of when I was in middle school," she confessed. "Sorry, Bobby."

Finally, I asked Anne what advice she would give to a writer who was just starting out. "Practice your craft," she said. "On-line courses are excellent and affordable. Read the genre you are writing. Join your local RWA for inspiration and support. Be persistent and don’t lose your determination or self- confidence. You can do it; you will do it."

You can keep up with Anne on her blog, http://annecarrole.blogspot.com
Posted by Long and Short Reviews at 4:00 AM