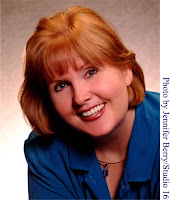 I’m continuing today with our adventures in the Big Apple. Can you tell that I don’t get out much? As a writer, I work day after day in my solitary office, so getting away from it all is a real treat. And thankfully, it gives me something to talk about!

We saw a few Broadway musicals in New York. The first one was The Little Mermaid, and it was simply magical. The sets and costumes made you really believe you were under the sea. The storyline was a little different from the movie, and a few extra songs and dances were added. For instance, Scuttle and his gang of seagulls did a really cute tap dance. As wonderful as Ariel, Sebastian, and Prince Eric were, I have to say the show was stolen by the villainess Ursula. Her naughty songs and lines were the best. Her costume with all the giant squid tentacles was the most outrageous.

Another night, we saw Shrek the Musical. Once again, the story was altered a bit and new songs and dances were added. Backstory for the major characters was included, so we would know what Princess Fiona was doing in the tower for twenty years. We learned how Shrek ended up in the swamp, and why he’s so determined never to be close to anyone. And we found out why Lord Farquaad hates the fairytale creatures.

And once again, the villain stole the show! Remember how short Lord Farquaad is? He was short in the musical, too! The actor playing him actually walked and danced on his knees which were hidden by his costume. He had fake short legs with knobby knees that moved with him. It was hilarious to watch!

Have you ever seen a movie or play where you enjoyed watching the villain more than the hero?
Posted by Long and Short Reviews at 4:00 AM