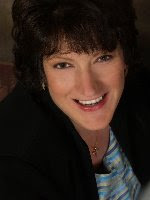 The Long and the Short of It is pleased to welcome Linore Rose Burkard who writes "inspirational fiction for the Jane Austen soul." If you love the Regency period, Linore is one author you don't want to miss.

Her debut novel, Before the Season Ends, was released last year and, next month, her readers get another chance to enjoy the spirited heroine in the sequel The House in Grosvenor Square.

Linore has loved books since she got her very first library card and book. At the age of nine, she wrote her own version of "My Side of the Mountain." She told me, "It was wonderful escapism, and it showed me that I could actually use my imagination to create a 'world' I wanted to live in. I didn't always remember to rein in my imagination for writing, unfortunately, but once I got it—that a powerful imagination in a blessing, not a curse!—I've wanted to keep using it that way, for fiction. I see it as a gift from God and, like many things we're given, it's only as good as the purposes you use it for. Exercising that gift by using it to entertain, delight, and inspire are the ways I hone what I've been given."

Linore fell in love with Jane Austen and Georgette Heyer and wanted to read a Regency that included more of an inspirational or spiritual emphasis. She searched and waited for years, always thinking about what was missing in the books she was reading; always hoping someone would write the book she wanted to read. "One day it hit me that it was going to be my job!" she said. "So, I wrote that book, Before the Season Ends, and found that readers were eating it up. They loved it as much as I did. Harvest House Publishers has just released a brand new edition of the book, with an extra chapter and some newly researched 'language of faith.' It's fun, adventure, romance, and faith--all set during the fabulous Regency, early 19th century England."

I asked Linore what advice she'd give to new writers. She believes that all writing counts—letters to the editor, church newsletters, school essays. All are starting places and good arenas to practice. "Write with whatever opportunities come before you, and actively look for new ones," she said. "It may mean getting bold enough to ask for them, even if you do it for no money in the beginning. Also, go ahead and start that book of your hear—where your passion is, your best writing will follow. And never stop learning."

Linore told me she has two methods for dealing with writer's block. One, she forces herself to THINK through it. "Generally, if I get into a block, it means I'm confused about what should happen next. It's usually plot-related. If I can't think of a solution to the current dilemma, I will either work on a portion of the plot I'm more certain abut, or brainstorm an entirely new scene for the purpose of introducing or strengthening a different character, or scene description, or bring in research results."

She sees her books sort of like canvases. "You might paint in a good portion of one section of canvas, and then get stuck. So, I look for another portion of the same painting that isn't done yet, and go there."

On the rare occasions she can't really think of a piece to work on, her second method is to turn to the physical. If the season is right, she'll go swimming. She'll walk either outside or on the treadmill or do some vigorous house cleaning. "Sitting down a lot is one of the banes of being a writer, and getting yourself moving literally gets that blood flowing, and your brain can think better. I get lots of my 'great' ideas while exercising or cleaning," she shared with a grin.

In addition to seeing her books as paintings, she also sees them as movies. She'll write scenes the way a movie camera sees it. "That means sometimes it's in the point of view of only one character, but sometimes it's showing multiple characters and you can see what they're all thinking in that same scene," she said. "This is routinely called 'head hopping' by authors, editors, and agents. Most writers avoid it like the plague. For me, it just comes with the territory. I like to let my readers know what's going on with more than one character in a scene, and as long as I do it carefully (I've grown in this respect and still am), it works well. It can really 'up' the fun element of a situation in a book. I could name a slew of authors who also do this, but the important thing is that it has to be done without jarring the reader. If it goes smoothly, seamlessly, and adds to the story, then in my humble opinion it's worth doing!"

Linore loves to hear from her readers. She told me that it made her day. "One of my best letters just came recently when a reader said the time she'd spent in my book was 'bliss, just bliss.' I often hear that people love how they feet transported, like they've stepped into the past; or they loved the atmosphere of being in the Regency, and loved the hero, or the heroine, or the ending. (I love a good denouement in a book, and so I had to put that into my own, of course.) The words that often come to mind is that when readers pick up my book not really being sure of what to expect, they get a surprise mini-vacation! In fact, they had such a great time they plan on going back. (Reading it again, getting the sequel or other books I write.) One of the most gratifying things about writing is hearing such great responses from readers."

On a personal note, I asked Linore about her strangest habit.

"This is so easy it's pathetic," she said. "I think I have a few, but my 'favorite' strange habit would have to be eating totally natural (nothin' but peanuts and salt) peanut butter out of the jar with an equal amount of dark chocolate fudge sauce (the kind you're supposed to heat up, except I don't heat it up.) You take the peanut butter on the butter knife edge or spoon, then scoop up an equal amount of the refrigerated fudge sauce and eat them together. Both straight from the jar." She added, "You might want to hide this habit from your family, however, because if they see you do this once, they won't touch either jar again, because, you know, they're convinced you've got the ebola virus."

Finally, I asked Linore if she could multitask.

"Is there a woman on the planet who can't?," she responded. "I'm married and I have five children (homeschooled for years) and I write books, and I'm active in church, and I love my gal pals and shopping and baking and decorating and swimming and watching lovely period flicks or fun spoofs like An Ideal Husband. I think I qualify."

You can keep up with Linore on her website, http://www.linoreburkard.com
Posted by Long and Short Reviews at 4:00 AM