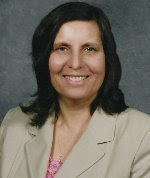 The Long and the Short of It is pleased to welcome Diane Craver, author of Never the Same from Samhain Publishing.

Diane has always loved to write and is happiest when she is writing. She told me, "Even when a pesky character and parts of the storyline give me a rough time, I still enjoy creating a new book. Also a writing career gives me the flexibility I need in meeting my family's needs."

This also entailed a lot of multitasking because she has a large family. She and her husband have six children, although they only have two at home now. "With raising a large family, I had to multitask," she explained. "We were also blessed with two daughters with Down syndrome and hearing losses so multitasking was all in a day’s work!"

Diane has six published books, but told me her favorite is her "creative nonfiction book," The Christmas of 1957. "It's about how a little girl helps her father in overcoming his illiteracy. It’s based on a true event from my childhood," she said.

She didn't grow up wanting to be an author, though. "I wanted to become a nurse," she told me. "I was a Candy Striper during high school and loved volunteering on the different floors in the hospital. The guidance counselor at my high school told me that I wasn’t strong enough in science to pursue a nursing career, so I decided to become a teacher. A part of me has always regretted not trying to see if I could’ve made it as a nurse."

When she's not writing, she enjoys reading and going to the movies. In the summer, though, she prefers being outside and hanging out with her kids. "We have a pool and I love to go swimming. Our four typical kids visit a lot and we have fun being together whether it’s playing games, going to a movie or swimming." But, she did confess to hating the way she looks in a bathing suit when there's a camera around!

Diane has just finished an inspirational romance by Lenora Worth, but told me she doesn't have a favorite author, because she reads a range of genres. "I like mysteries written by Mary Higgins Clark and I like the Regan Reilly series by Carol Higgins Clark," she told me. "Other authors I enjoy are: Sophia Kinsella, LaVyrle Spencer, Debbie Macomber, Sandra Brown, Jayne Ann Krentz, and several new authors published by small presses."

She doesn't only read in a range of genres, she also writes in different genres. She has written contemporary romance, inspirational mainstream, and chick-lit mystery. This week she started writing a romantic comedy. "I've always enjoyed writing humor in my books," she said, "but I’ve never written a romantic comedy. I’m looking forward to writing it."

Since she just started writing a new book, I wondered how she developed her plots and characters—which came first: plot or characters?

"I think of the character first with an interesting conflict," she answered. "For a few days dialogue, scenes, setting and characters parade across my mind before I write anything down. When I start writing, I put the big scenes down before even starting the first few pages. My characters tend to take over so I don’t make a detailed outline. "

Finally, I asked Diane what advice she would give a new writer just starting out.

"Follow your heart and believe in yourself!" she said. "You have to be persistent and develop a thick skin when it comes to rejections. Remember this is a subjective business so don’t get discouraged."

Then she added, "I suggest finishing your book before querying publishers and agents. I had half of a novel done when I queried an agent and expected her to ask for a partial first which would give me plenty of time to finish it. Instead, I heard immediately from her and she requested the whole manuscript. It was very stressful trying to finish it and get it to her as quickly as possible. When you are established as a published author, you may be able to submit a partial manuscript to your agent or editor before completing it."

You can keep up with Diane on her blog, http://www.dianecraver.com/blog/index.php
Posted by Long and Short Reviews at 4:00 AM