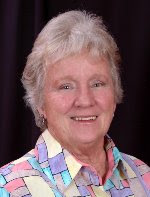 The Long and the Short of It is pleased to welcome Pinkie Paranya, whose latest three works are now available from The Wild Rose Press. Along with her writing, she stays very busy with other projects. She helped start Planned Pethood of Yuma, to help low income people spay and neuter their pets. She’s also volunteered for CASA (Court Appointed Special Advocates) and is a Master Gardener, with numerous articles on gardening to her credit.

Pinkie began writing “cowboy romances” when she was twelve. “I know they were terrible,” she admitted, “but I wasn’t even bummed out with the rejection letters.”

After that, she began writing poetry and progressed into novels, “skipping short stories altogether,” she said. “There is nothing more exciting than discovering a new exotic locale, absorbing myself in it, and then waiting for my characters to appear, which they always do.”

Her comment answered one of my standard questions of which comes first, plot or characters. In Pinkie’s case, it’s the setting. She enjoys the challenge of exotic, different locales. “When I find one that really calls to me,” she said, “I immerse myself in it until the plot and characters begin to unfold for me. That way, I have a fresh perspective on a place and my characters are new and exciting to fit into this new place that I’ve chosen.”

Pinkie also told me that most people don’t realize how sentimental she is because she tries to keep it hidden. She admitted to me, however, that she cries during movies as well as when she’s reading other author’s books. She’s also been known to cry at certain passages when she’s writing her own books.

Another question I often ask authors is if they like thunderstorms. “Not so much thunderstorms but I used to live on the Florida Keys and in Miami and the onset of a hurricane, though frightening, is very exciting,” she told me. “There is a snap in the air, people react differently and are more energized and the sky and ocean are the same color.”

Pinkie’s not particularly proud of the fact that she can multitask. “A friend claims that I have ADD because I don’t ever completely finish one task before I see another that must be started right then,” she explained. “But in my defense, I do eventually finish everything.”

I asked Pinkie if she was a morning person or a night person.

“Definitely a morning person,” she stated. “I enjoy waking up around 4:30 am, for no particular reason, just habit I suppose. Plus my schnauzer/poodle mix that sleeps with me begins to stare into my face at about that time, wanting me to wake up. People who sleep in lose time spent in solitude, to recharge your batteries; they miss sunrises and early morning in general.”

Along with the dog, Pinkie also shares her home with a mother cat and four kittens, which causes her to share with me that she’s lately been sleeping with a night light on in the nearby bathroom. “If I didn’t,” she said, “I’d probably step on a kitten or two on my way up the hallway. When you have four kittens and a mother cat lying about, you have to be careful where you step at night.”

Finally, I asked Pinkie what advice she would give to a new writer just starting out. “Perseverance,” she told me. “I've seen countless writers give up after the first few rejections or negative critiques and that is so wrong. I sent out queries to publishers and agents for years and years; I wrote 12 books just to be able to put words down on paper, and then I started to seriously market them. Eventually I sold 8 books. It's a game of cat and mouse and you have to be the cat sometimes.”

You can keep up with Pinkie on her website, http://pinkieparanya.com .
Posted by Long and Short Reviews at 4:00 AM