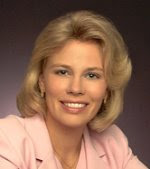 The Long and the Short of It is very pleased to have Barbara Pierce with us this week. Barbara debuted in 2000 with her first book, A Desperate Game. Now she has two series out, the Bedegrayne family series and the Carlisle family series. She also shared with me that she’s recently signed a three-book deal, part of a brand new series, with St. Martin’s Press.

She told me that she’s definitely a night person, having written A Desperate Game between the hours of 11 PM and 4 AM. But, her journey to publication did not end with the writing of the book. As a matter of fact, from the moment the idea came to her until the publication date, seven years passed.

Her production improved however. In the following eight years, she has had eight additional novels published.

Barbara has been plotting stories since childhood as a creative outlet. While she was in elementary school, she began dabbling with short stories and poetry. She read her first Regency when she was seventeen, though, and fell in love with the genre.

She also enjoys reading other genres, but she knew she wanted her first book to be a Regency. So, after her daughter celebrated her first birthday and the creative imp that lives on her shoulder would not be silenced, she started thinking about writing a historical romance. Combining her love for Regencies and the fact that her grandmother always shared tales of their rich English ancestry with her, it was no surprise that Barbara would find her outlet in writing Regency romances.

Barbara told me that the hardest part of writing her book was actually writing a synopsis before she begins. “I’d rather just create a basic outline and focus my energies on writing the story,” she told me. However, before she does that, she has to have a working title in the header. “The title might change several times,” she stated, “but the header cannot be blank.”

On a personal note, the strangest thing Barbara has ever eaten is calamari. Her thoughts on the experience? “Once was enough,” she told me. And her favorite pizza is thin crust with the works (but not if the works include calamari).

You can keep up with Barbara on her website, http://www.barbarapearson.com.
Posted by Long and Short Reviews at 4:00 AM