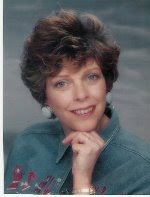 The Long and the Short of It is pleased to have Jo Webnar, author of Saving Tampa, the story of a psychic forced to work with the FBI to uncover a terrorist plot so they can save the city of Tampa. It was released in May of this year. I asked her to tell us a little bit about Saving Tampa. “For as long as she could remember, Rachel Cunningham feared and hated her psychic ability. When a strange man accidentally touches her, she sees the death of thousands. Rachel knows the FBI won’t believe her, but she has to try. Lives are at stake.

“Special Agent Hawk Arrons dismisses her information as a publicity stunt, yet his conscience nags him. When Rachel identifies an Al Qaida cell leader, Arrons puts his career at risk and issues an alert.

“Together they race against time to prevent an attack. Will the terrorists’ threat succeed, or will Rachel and Hawk save Tampa?”

Jo likes having a little bit of a “quirk” in regards to her characters. In Saving Tampa, the macho FBI agent loves to cook and is thinking about quitting the Bureau to open a restaurant. In the book she’s currently working on which is set in the Florida Keys, Hidden Death, the main character is an eccentric deputy who swears when she’s upset, but who also sings in the church choir. She told me she’s having so much fun with the setting and the characters of this latest one, she hates to see it finish it.

Jo told me that in school, she had a habit of daydreaming and started writing down those dreams. About twelve years ago, though, a woman who taught a motivational and communication class at IBM told her she should stop thinking about writing and just do it. And...she did. Her first book, Twilight, can be found at Amazon.com.

Jo also probably has the most interesting writing space of anyone I’ve interviewed. When I asked her to describe it, she responded, “Oh boy! Have you ever seen a vee berth on a small boat? We made it into my office. If it is cold, I write there. Most of the time I write on the sundeck of my trawler. (HINT: it only gets cold a few days out of the year in the keys!)” She also tries to begin writing before noon and writes until her husband gets home at six. “Once he’s home you can kiss creativity goodbye,” she told me. Why before noon? Because she shared with me she’s very much a night person. “I can’t function until I have a pot of coffee and at least 3 hours to open my eyes,” she said. “When I was an International Project Manager, I had a really hard time responding coherently at all hours of the day and night.”

Normally, Jo told me, her plot comes first and the characters evolve through her writing. “Usually I think about a plot,” she said, “and then just start writing by the seat of my pants. I do keep a spread sheet on my characters so that I can remember everything about them. Old age sets in sometimes. My characters just sort of evolve, and I keep adding to the spreadsheets.”

I also asked her if she ever suffered from writer’s block and, if so, how she solved it? “To cure writer’s block, I read a few of the latest chapters,” she told me. “Before I know it, I’m editing the chapters and writing new ones.”

Jo told me one of her favorite authors was LaVryle Spencer. “She could write a simple romance that you just couldn’t put down,” she said. “When she retired I felt as if I lost my best friend. Now I have so many favorites I can’t name them all.” She’s currently reading Blood on the Tartan by Chris Holmes.

In her opinion, imagination is one of the most important elements of good writing, which is why she also suggests making your characters a little quirky. “Without imagination,” she said, “your story will be flat and so will your characters.”

When Jo’s not writing, she told me she likes to “READ—READ—and read again.” She also enjoys swimming, walking on the beach, riding her bicycle, and cooking. She and her husband share their trawler with two Portuguese Water dogs that think they are babies. She said, “Please don’t break their hearts and tell them they’re not!” And, the fact she lives on a 36 foot boat gives my regular question “do you like thunderstorms” a brand new level. “I do when I am safe in my slip and tied to land. If I’m on anchor or cruising, it is really scary and nerve racking.”

I asked Jo what horrible experience she would erase from her past. “Hanging upside down and naked out of the seventh floor window in my college dorm,” she confessed, but added, “It wasn’t my fault! The bathrobe slipped over my head!” I certainly hope this makes it into one of her books sometime. I would love to find out the rest of this story!

Jo told me that thirty years ago, she sponsored five young Vietnamese women. Now, they are all married and have kids of their own, so they are all like one huge family now. They always celebrate Chinese New Year’s by seven days of feasting. “I have to tell you,” she said, “I LOVE ALL ORIENTAL food…except sea slugs. They are like huge purple worms. ICK!”

Her favorite animal would be a toss up between elephants, horses, and dogs. “Of course,” she added, “I’m not counting my husband as an animal.” Her favorite pizza? Vegetarian (without the broccoli).

Finally, I asked Jo what advice she would give to a new writer just starting out. “Develop a thick skin because you are going to need it,” she said. “If you get a bad rejection, tear it into small pieces and then stomp on it.”

You can keep up with Jo on her website, http://www.jowebnar.com
Posted by Long and Short Reviews at 1:33 PM