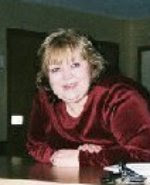 The Long and the Short of It is happy to welcome Lanaia Lee. Lanaia told me she first got interested in writing when her husband dared her to write a poem. She received some positive feedback when she posted it to some online poetry forums, which encouraged her to continue writing.

She admits most of her work is dark. She credits this partly to her grandmother, “a self-professed black witch,” according to Lanaia, who raised her from the time she was eight. “I guess being raised with the occult and supernatural explains why I have such a knack for dark poetry,” she said. She also has been greatly influenced by Edgar Allen Poe and Agatha Christie who, she said, “should be considered as part of the elite greats.”

People have told Lanaia, she shared with me, that even though she’s only been writing five years, she’s come very far in her writing. She told me, “With writing, when you are finished you are looking at a work of art. Writing, to be good, really good, has to come from someone’s heart and soul.”

Lanaia has had no formal training in writing. However, she told me “When the only thing that clouded my mind was writing, it dawned on me my destiny was to be a writer.” She has been compared to a combination of Robert Browning and Edgar Allan Poe.

Lanaia has gone through a lot in the last twenty years. She’s a stroke survivor and suffers from erratic hypertension. Because of her experiences, she told me, “There’s only one saying I consider to be a favorite: when the going gets tough, the tough get going.”

She and her husband of ten years have no living children, but they do share their lives with Jack, their Jack Russell terrier, who Lanaia calls her “baby and constant companion.” She told me, “Jack has a distinct personality of his own. If I could, I would adopt every stray out there.”

You can keep up with Lanaia Lee on her website.
Posted by Long and Short Reviews at 12:18 PM