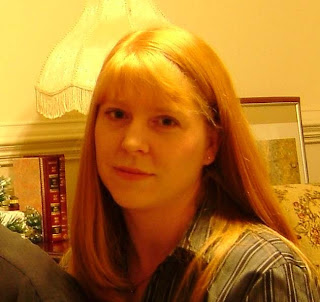 The Long and the Short of It is excited to welcome Cindy Green, multi-published author of the just released Meeting Mr. Right On-line, from By Grace Publishing. Although Cindy is a California native, she now lives in North Carolina with her husband and two young sons. She’s a former junior high teacher, but now homeschools her two boys. She told me she that, coming from California, thunderstorms are a new experience for her. “We just don’t get real thunder and lightning storms in California,” she said. “In 2005, we moved to North Carolina and I have had to get used to the terrific storms we have here. I really do enjoy them, as odd as it sounds. The house begins to shake, the crackle of lightning sounds outside the window. It’s great!!”

Cindy keeps herself busy, not only with homeschooling and writing, but she also loves reading, photography, Period Drama, scrapbooking, and spending time with family. And her writing is just as varied as her life is! She writes contemporary, suspense, inspirational, and historical – from sweet to sensual. She told me that even though she doesn’t cry at movies often, there are some period dramas that make her tear up. “Becoming Jane, Persuasion (2007), North and South (2004). Great films,” she said.

Cindy’s undergraduate degree is in history, so writing historical novels shouldn’t surprise anyone. She has yet to publish one, although she has several started. “I finally decided to remedy that,” she told me. “I began writing a historical short story about 12,000 words called a Lady’s Dilemma. It takes place post-Civil War—about six months after the end of the war, August 1865. Here is a bit of a blurb:

Cassandra Huddleston has a dilemma. Her heart still resides with her sweetheart, Frederick Adair, recently killed in action at the close of the Civil War. Now she has a new suitor, Mr. Emerson Bryce. Powerful, attractive, and dominant, he usually gets what he wants. Cassandra must decide if she can forget the man of her heart and learn to love the man offering her a future.

But what if Frederick’s death has been greatly exaggerated and Emerson isn’t ready to let Cassandra go?

“This is a story that definitely evolved as I wrote it,” she continued. “I began thinking this was going to be a simple, one scene, 2,000 word story and it became something much more. It is emotional and even melancholy at times which I believe really sets the tone for this time period. My critique partner on this story suggested I write a sequel with the antagonist as the hero. The idea set the wheels spinning in my head and I am working on this one now.”

You can see evidence of her history background even in her contemporary works. For example, in her full-length inspirational, A Funny Thing Happened on the Way to Your Wedding, her main character is Kari Montgomery, a history professor. “Kari is a hurting soul,” Cindy said, “In the last year, she has lost her mother and had her engagement broken off. Now her closest friend and relative has gotten married and moved away. She feels very alone and she has a lot of issues to work through. Instead of giving it to God, she tries to just take it all on her own. In steps Randy Steele. Kari is taken with Randy from the beginning – he makes her forget all her worries, but instead of embracing the friendship she pushes him away.

“Randy Steele has a fun-loving personality and a sensitive spirit. He comes from an affluent family. His father wanted him to follow in his footsteps and become a lawyer but Randy felt called into the ministry. After finishing his pre-law degree, he went against his father and attended seminary instead of law school, cutting himself off from him parents as a result. But Randy doesn’t let that get him down. He maintains a good relationship with his younger sister who is nine years his junior. Now, he is a youth pastor at a small church and he loves it…but there is that issue of reaching his parents. He is enamored of Kari from the beginning. The more time he spends with her, the more he is convinced she is the woman God has sent to spend the rest of his life with. Unfortunately just as they begin to get close, Kari begins to push him away. But through events beyond their control, maybe they will end up happy after all.”

As you might gather from what Cindy has already told us, she confessed to me that she is quite character driven. But still “I do start with a plot idea first,” she said. “I decide on my genre, come up with a basic plot idea and then I begin creating characters that will bring that plot idea to life. But then once the writing begins, the characters really do take over from the plot. It is their story after all.”

Her favorite author, Jane Austen, was also character driven. Cindy told me, “Jane Austen created characters we can laugh at, despise, and fall in love with. As a writer, I appreciate all she accomplished in her books and they continue to inspire me to this very day. If I need a pick me up, I just open one of her novels and I am refreshed to continue on with whatever I am working on. I think it is a sad thing Jane died so young (41). I often wonder what gems of brilliance and inspiration she never had a chance to pen.”

Cindy’s love of Jane Austen’s works started at an early age, since she was in the eighth grade when she read her Austen, Pride and Prejudice. I wouldn’t want to challenge Cindy is an Austin trivia contest, as she confessed to having not only several copies of Austin’s six novels on her bookshelf, but she also has them all in e-book format on her Palm Pilot, “so they are with me wherever I go.” She also has Austin’s Juvenilia and Sandition, her unfinished novel. And then there are the spin off novels, such as Darcy’s Story by Janet Alymer, which Cindy mentioned she was reading. And, lest you think she limits her Austin to the written word, she also has all the film adaptations as well.

Her Palm Pilot also comes in handy, not only to read her favorite books anytime she wants, but also as a writing tool. She told me that even in bed, she uses it to work on story ideas sometimes in the dark while her husband sleeps.

And, finally, for a fun thing... I asked Cindy if she could tell the difference between Coke and Pepsi. “Most definitely!!” she said. “I am a Coke addict. And no diet drinks for me, thank you very much! This addiction began in my adult life after I began teaching. I shared a two room building with another middle school teacher who absolutely loved Coke and I started drinking it too. Six years later, I can’t get enough of it.”

If you want to read more about Cindy and her books, visit her at her website.
Posted by Long and Short Reviews at 3:19 PM