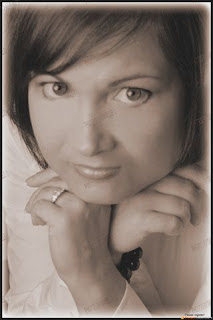 The Long and the Short of It is very excited to welcome Jules Bennett, who also writes under the name of Sophia Rae. Jules writes contemporary romance and Sophia's output is a bit steamier. Because of this, she told me, she gets a variety of feedback from readers. The one constant, though, is that so far it's all been positive. "I've yet to have a bad comment," she said. "I think it's important to let an author know you appreciate their work…It's nice to know a complete stranger loves your work as much as you do."

I asked Jules what stereotype she would see herself as. She took her answer from Linda N. Edelstein's book The Writer's Guide to Character Traits and sees herself as the Creator (fitting for an author!). The Creator is described as artistic/sensitive, observant, persistent, a brainstormer, and being happy in an internal world. The Creator is also imaginative, fanciful, enthusiastic, and can work for hours at a time alone. Jules said, "I think people who know me well enough, know all these traits apply to me."

Jules has some exciting news for us. Today is the release of Naked Vengeance , by her alter-ego, Sophia Rae. It's a contemporary, romantic suspense and I asked her to tell me a little about this new release.

FBI agent Eve Morgan will stop at nothing to find her father's killer and avenge his death, even posing as a stripper and getting suspended from her job. Her plans are blown all to hell when bullets fly, and she's rescued by a man who may or may not be on the right side of the law.

Ex-Marine Nick Shaffer knows Eve is trouble the second he lays eyes on her leather-clad body, but he’s been hired to protect her. Nothing will get in his way. Not her sultry looks, his overactive hormones—or the nightmarish guilt from his last mission, in which an innocent man died.

As they get closer to the truth, the danger escalates, and so does the sexual tension. But the secrets they keep from each other could be just as deadly as the killer they hunt.

Jules told me she's always been a writer, since she was about seven, because "published or non-published, if you write what's in your heart, you're a writer." But, she started writing seriously for publication a few years ago and has never looked back. In fact, when I asked her what advice she would give a new writer who was just starting out, her first words were, "NEVER give up!" She told me many times she wanted to throw the computer out the window, but an idea would hit her and she couldn't get to the computer fast enough. The only sure way to fail, she said, is to quit.

Of course, these days it would be more difficult for her to throw the computer out the window. Jules has recently had a new baby, plus she has a two-year-old. So, when I asked her to describe her writing space she told me it "has toys, bottles, rattles, so research books, notes on upcoming books, my TBR pile." She added, smiling, "Oh, and somewhere under all that is my computer."
Her two girls are obviously very important to her. When I asked her what she would like to know about the future, it wasn't anything to do with her writing or some discovery. The one thing she would like to know is about her children. "I want to know," she shared with me, "that my children will be safe and happy. I want to know, after I'm gone, they are going to be taken care of and stand on their own two feet."

Her one wish was similar. "I wish all children were happy," she said. "There are so many children living in poverty and it breaks my heart. Children should be smiling, playing, and loving life, not worrying where their next meal is coming from."

Finally, I asked Jules if she could multitask. She just smiled and said, "I’m a mother of two kids under 2, an author, a beautician, and a wife. What do you think?"

Please visit Jules at her website
Posted by Long and Short Reviews at 5:53 PM