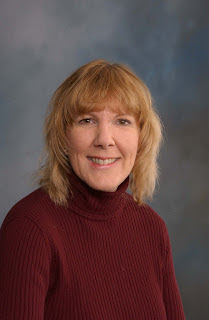 The Long and the Short of It is very excited to welcome Terry Spear, author of Heart of the Wolf, out today from Sourcebooks. The second book in the series will come out next spring and Terry has just told me she has sold the next two books in the series.

Terry lives in Texas where she also writes urban fantasy and medieval romantic suspense. Terry is also an avid genealogist and has written articles for genealogy magazine, in addition to giving online writing workshops. She's not only creative with writing, she makes the most wonderful award-winning Wilde and Wooly bears. Check them out at her website.

Her bears have been featured in magazines and have found homes as far away as Australia, Russia, China, Hong Kong, and Sweden. She told me, "I now even make them for author's books for book signings, gifts for agents and editors, and commemorations for books. Like creating characters for books, every bear is a character in and of itself."

Her genealogy research has shown that she's, in her words, "A hodge podge!" Her mother is Canadian, but most Canadians, like Americans, mostly come from other heritages. She said she was "mainly Scots-Irish-German with a Frenchman and Italian thrown in for good measure… Oh, yeah, finally found a whole string of English, and not sure what else is lurking in the mix that I couldn't discover--ancestors with no connection to any older family roots, really suspicious."

From the Italian must come her love of pizza… pepperoni, bell pepper and black olives, just for your edification.

Terry told me she's been making up stories and has loved reading ever since she was a child. "I always enjoyed the escapism to other worlds," she told me, "and took creative writing even in Junior High in addition to the regular composition class."

You would expect from Terry's varied interests she might be a multi-tasker, and you would be right. "I'm often running outside to move the water hose in this Texas heat," she said, "working on bears when I'm stuck on revisions, checking emails, and working on website updates, blogs, while working on a novel. So I definitely do a lot at the same time. Sometimes though, I need to take my novel into the bedroom, get away from everything, and write in solitude. Or to music."

Terry shared with me that there are times she suffers from writer's block. " Sometimes I get it in the middle of a story. Sometimes when I've just finished a novel and not sure where to go next. Sometimes at the end of a story and I'm not sure how to tie up the end to give a satisfying finale."

She also had some great ideas on what to do when and if it happens. " Read, work on something else, sometimes writing, sometimes revisions, promotions, website changes, a blog," she told me. "Just something that keeps me moving forward. I brainstorm with others. Just taking a break and doing something fun that's not writing related can help. Reading a new book will get me motivated, or watching a movie, or listening to music that gets me in the mood."

She shared with me something else that is great mood-making weather for writing is thunderstorms. "It must be the paranormal writer in me," she said. "When I lived in Florida, the lightning strike capital of the world, I loved to watch the streaks of lightning constantly turning the night to day. But in Texas, I like it because it means we'll have some welcome rain."

Finally, I asked Terry what advice she would give to a beginning writer just starting out. "Perservere," she said. "Learn the craft. Join writer's groups that will give you moral support and help you to find your way. Writing can be a lonely journey. Family doesn't understand. Coworkers don't understand. But other writers do."
Posted by Long and Short Reviews at 8:26 AM