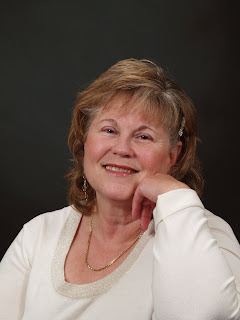 The Long and the Short of It is excited to welcome M.K. Trent. I love her bio so much, I'm going to share it with you, just like she shared it with me.

I’m not Dorothy-my dog was Bobo, not Toto-but I did come from Kansas. When my house landed on the wicked witch of the west in 1972, I came east. I love lime green fingernail polish and flatfooting to Bluegrass music. If you want to know about tomato horn worms, don’t ask me. I can tell you how a grandson can melt your heart or a daughter graduating from college at age thirty can make tears of pride well in your eyes. And over the last fifty odd years, I’ve learned about the endurance of friendship and the power of love. That’s what it’s all about – right?

M.K. hated writing when she was in high school. She told me she dreaded September because she knew she would be getting the assignment, as we probably all did, of writing about "What I Did on Summer Vacation." "It never occurred to me," she said, "I could make up something really exciting, like chasing cattle down the Chisolm Trail or hurtling through space as Captain Xenon."

Even though she hated writing in school, she always had stories in her head. She told me that even as young as three or four, she would make up stories about her favorite TV heroes, whether they be swashbucklers, a guy dancing on American Bandstand, or Little Joe Cartwright. One day, she decided to write one of them down.

She said the first one she wrote down, but her writing got better. She attributes that to her local RWA chapter. She said, "I actually learned HOW to write a decent manuscript from all the fabulous writers in my local RWA chapter."

In fact, networking with other writers is one of the pieces of advice she gives to new writers and one way she suggests doing that is by joining Romance Writers of America and your local chapter, if you write romance. "If you're a mystery or suspense writer," she adds, "find a group that specializes in that genre. Go to meetings, go to seminars, listen to other writers, network."

She also encourages all new writers to find a critique group that meets on a weekly or monthly basis, being sure to "make sure the fit is right. If it doesn't click, find a different group."

When I asked her what she did if she suffered from writer's block, she admitted that what she did she wouldn't recommend for others. "[I do] something very ineffective," she said, "I wait for the great revelation. Seriously, this is what I've always done. Usually if I let the story percolate in my brain for awhile, I come up with a solution to move my story forward." She went on, "Probably a better idea is to just keep writing, even if what you write is crapola. It's easy to delete what doesn't work. But if you stop the process, it's soooo hard to get back on track."

When M.K. sits down to read for pleasure, she's looking for memorable characters who make her laugh. So, two of her favorite authors are Susan Donovan and Janet Evanovich. "Janet has created Stephanie Plum and her wonderfully dysfunctional world," explained M.K. "I walsy end up holding my sides and wiping tears from my eyes. Susan has an outrageous sense of what works in comedy. Even the smallest detail can be made hilarious. These two wonderful women are my idols when it comes to writing comedy."

M.K. considers herself a "panster," or one who writes by the seat of her pants, when it comes to plotting. "I don't start with a detailed plot or in-depth character sketches or even a clue as to who these two people are and where their story lies," she said. "I guess this is where my MUSE kicks in. My muse is a guy, by the way. He keeps changing character on me and he won't let me alone. He winks at me from doorways and revs his Harley to get my attention. Once he's there, I can't help but figure out who he is and who is the woman in his life. So the characters come first and once I start writing, I find out why they need each other. And that's the story."

I asked M.K. if there was anything in her past she would like to erase. She said, "My first and only date in high school." Then she added, "Actually, I'm hoping I can erase it from my date's memory. That would be better. I belonged to Camp Fire Girls all the way from elementary school through high school. In the spring of my senior year, we had a big Camp Fire Girls bash and I actually got up the nerve to ask a very nice young man if he’d like to go with me. I was surprised and excited when he said yes. Problem was, we double dated with my best friend and her mother insisted her brother drive us. So we had a chauffeured station wagon to and from the dance. I was so boring (I lived in my head, not the real world, and had no idea about conversational English) the poor guy kept stealing a peek at his watch. On the way home, our driver stopped by 'Smacks' (the early McDonalds) and treated us to cokes. At the door of my date’s house, we shook hands. It probably would have been better if I’d had no dates in high school."

She also told me her dog, Lady, used to eat crayons that her two kids would leave out. She said she always knew when it was time to buy new crayons "because there were pretty confetti-sprinkles in all the presents Lady left for me."

M.K.'s favorite animal is a dog. "Dogs are always there for you," she said, "no matter what." And, if she were a dog, she would be a beagle, even though Lady is a Springer spaniel. "Beagles are hard-headed and persistent," she told me. "They love life with the wind blowing their hair and bringing exciting scents to follow. And unless you kick them out on the street, they will be your best, true-blue friend for life."

Finally we talked a little bit about thunderstorms. She told me, "The only word that comes to mind when I think about thunderstorms is 'Awesome.' I absolutely love a good storm. I think it has more to do with the wind than anything else. There is such power in the wind, whether it comes pushing ominous black clouds or just rushing down the mountain across from my house. I know disaster is so often associated with terrible storms, but even knowing that, who couldn’t look at a satellite picture of Hurricane Katrina and not know the awesome power of nature. I am humbled by it. Perhaps that’s why I love them so much – they remind me I am only an infinitely small part of nature, that life is an almost impossible miracle and to treasure it each day."

Please visit M.K. at her website, http://www.mktrent.com/.
Posted by Long and Short Reviews at 6:18 AM

I enjoyed reading your interview Marilyn. Keep up the great PR!
Maggie