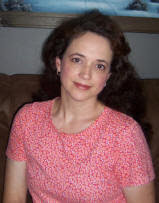 The Long and the Short of It is very excited to have Marianne Arkins with us today. Marianne is celebrating the release today of her first full-length novel, One Love for Liv from Samhain Publishing. Although she lives in the frozen north right now (New Hampshire), she is a California native who yearns for sunshine. So, according to her bio, there's only one thing to do with winter six months of the year…she writes. She's had seven short stories published with The Wild Rose Press, so her plan of writing away the winter seems to be working.

Marianne is very much a multi-tasker. "I can’t NOT multi-task," she said. "I can’t remember the last time I did only one thing. I’m busy, busy, busy and don’t like to sit still. My husband loves to go out boating, but I don’t like to go with him. Aside from the fact that I get motion-sickness, I also get too antsy. He likes to fish or just lie and doze in the sun… it relaxes him. It actually stresses me out. I can’t 'relax' like most people. I find repetitive work relaxing—weeding or vacuuming or raking. Sitting still is pure torture."

She is also very much a morning person. As a matter of fact, she calls herself "1000% a morning person." She told me, "I wake up without an alarm every morning (unless you count my dog or my cat) at sometime around 4 a.m. On the other hand, I’m usually unable to stay awake past 8 p.m. – nine o’clock is definitely the latest I can keep my eyes open."

I asked, in her opinion, which came first, the plot or the characters? "Hmmm…both?" she answered. "In One Love for Liv, I started with the heroine. She'd been in one of my other works and was then removed, but I loved her so much I needed to use her somewhere. I didn't know what trouble she'd get herself into until I started writing. On the other hand," she continued, "I'm writing a mystery right now that I started as a lark—I wanted to write a 'secret baby cowboy' story. I didn't have a clue about the characters (other than one of them needed to be a cowboy) or a plot (aside from the secret baby). I wanted to give it a different twist than other 'secret baby' stories, and I hope I have." She wouldn't share any details though. She only said, "Nope…you'll have to wait and read it!"

Recently she's been reading in a different genre than she's used to reading or writing. I asked her to tell me about it. "I’ve been on a vampire kick and have immersed myself in Lyndsay Sands Argeneau series and Kerrelyn Sparks vampire series," she said. "They are both amazingly good, and yet so utterly different. I have a deep admiration for the world and character building of both authors. Now, if only Jenny Crusie would come out with a new solo book, all would be well with the world."

Marianne's first foray into the world of writing came about when she was nine years old. She told me, "I'd seen the title of a book—A Horse Called Mystery—and decided I wanted to write a book with that title. So I did. Eighteen chapters about a girl and her horse, Mystery."

Her writing career didn't stop there. When Marianne was seventeen she saw an ad for the Avon Teen Novel Writing contest. "It took me about three months to write my next novel, Heir to Three Crowns," she said. "Since then, I've written a dozen—but most will never see the light of day."

I thought the title, Heir to Three Crowns, a good one and asked Marianne how she came up with her titles. "I hate title writing," she admitted. "Hate. It. Ironically, the one time I had a title that I loved and thought was terribly clever (Isn't She Liv Leigh?), it was changed by the publisher (her current release, One Love For Liv). Mostly, I just choose one or two important things about the story…or I think of a silly working title that sometimes ends up sticking. Right now I'm working on a fantasy romance, and I call it Queen and Assassin after the two main characters. I’m not a huge fan of blurb writing, either. Ugh."

Marianne told me she has always considered herself a writer for the fact that she writes. However, being an author is something different. She told me, "Sometimes I still have trouble thinking I am [an author]. I’m just… me. I had coffee with a friend I met online not long ago, and she was excited to meet a 'famous' author. Her husband shook my hand, like I was special. I felt like a fraud! Maybe after ten or twenty books I’ll feel like I’ve finally earned the right to be called 'an author'. "

One of my favorite 'non-writing' questions to ask is if the author has ever cried during a movie. Marianne's response made me laugh. "I cry at everything!" she said. "I have the most sympathetic tear ducts ever. My daughter loves to watch me instead of the show whenever something touching or sad is happening, because she knows I’ll cry like a baby and she finds that amusing, the rotten child."

Please visit Marianne at her website or on her blog.
Posted by Long and Short Reviews at 2:32 PM