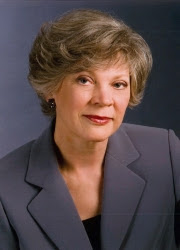 The Long and the Short of It is happy to have with us today NY Times and USA Today best selling author Karen Harper. Karen is the winner of the 2006 Mary Higgins Clark Award. She is a lifelong Ohioan, and now divides her time between Columbus, Ohio and Naples, Florida. She writes wonderful romantic suspense novels for Mira Books, and also historicals, including The Last Boleyn and The First Princess of Wales.

I had asked her which came first for her, the plot or the characters, and her answer surprised me. "Actually," she said, "for me, the setting always comes first. If I love a place (one that picks me instead of me picking it) my characters will evolve and my story too."

After the setting, she told me, it depends on the story. She told me, "In The Falls, I envisioned a woman who woke up at night and her husband was missing from bed, from the house, and it went from there. But in The Baby Farm, I knew that my main character was an Appalachian midwife, so character came first and the story went from there."

She also shared with me that she always has a title in mind when she begins writing her books. That way, she can weave it in a bit as she writes. Even best-selling novelists are sometimes over-ruled however. "Sometimes," she said, "my agent or editor—or even the sales staff/publicists weigh in on what might work or not." Below the Surface was originally titled The Gulf. Karen explained, "It takes place in Florida near the Gulf of Mexico, and there is a big gulf between some of the characters. However, the Mira Books staff said they thought that title sounded like a nonfiction or picture book on the Gulf, so we named it something to suggest that the heroine is a scuba diver and that there are evil things going on underwater and beneath the surface of her life."

She told me that the hardest part of writing, for her, is always the middle. In fact, she calls it "the muddle." She said, "I feel very confident when I start a book: I try very hard to start with a scary situation. In Below the Surface, the heroine surfaces from an underwater dive four miles from shore and her dive boat and dive buddy are gone. I usually can write a thrill ride/happy ending. But in the middle of the book, when I'm juggling so many plot lines and characters, things get a little hairy."

Even in the "muddle," though, Karen shared with me that it never ceases to amaze her how things "so almost magically come together sometimes."She said, "Things happen in the plot I had not foreseen that are just perfect. Or a character says something I hadn't planned—and that opens up a new idea, or allows me to understand that person so much better. The serendipity of creativity is a fabulous thing about writing."

Karen has a literary turn of mind. She and her husband enjoy traveling (as a matter of fact, they are traveling this week) and once, while they were in Madrid they ate at a restaurant that Ernest Hemingway loved, she told me she ate the strangest thing she'd ever eaten. "I ate 'octupo in su tinto'—translation: octopus cooked in its own ink," she said. "A weird black color, but not bad tasting." And, she's had cats most of her life, and she told me they normally have the names of literary characters or authors, such as Chaucer, Irene (after the heroine in The Forsythe Saga), and Camilla, after the heroine in Karen's first book.

I asked Karen what her heritage was, and I was intrigued by her answer. "As an author, I look at this question two ways," she explained. "First, both of my grandmothers, whom I knew well, were wonderful storytellers of their childhoods, which gave me a love for stories and history. My parents were great readers, my father was an amateur Dickens scholar, my mother a former el-ed teacher. So I have a good heritage for writing in that respect." She added that her ethnic heritage is Scottish and English. "England is my favorite place to visit," she told me, "and I've set numerous books there. For the Scottish, I did highland dancing for years and my husband plays the bagpipes. Hmm, maybe we do take things to extreme."

Besides her writing, Karen is also running a small business to deal with her publishers and the market side of the business. So, she's no stranger to multitasking. She told me, "I believe most women can [multitask] and (keep this quiet) that most men cannot. It must be hard-wired in women. Remember that song, I'm a w-o-m-a-n?"

Finally, I asked Karen what she considered the most important elements of good writing. "For writing fiction," she said, "the key element is to be able to draw the reader into the story and keep her there—to be able to make her feel what the heroine is feeling. Secondly, to be a good story teller—to do something fresh and real (or, in come genres, unreal) and make it seem just right for that book. Also, to be able to make dialogue seem believable."

Karen certainly fulfills all three of those elements in her own writing. If you haven't yet, check out the reviews of Inferno and Below the Surface on our reviews site . You can enter from the website and by leaving a comment on the reviews.

Thank you, Karen, for being with us. Make sure you visit Karen at her website.
Posted by Long and Short Reviews at 9:47 AM