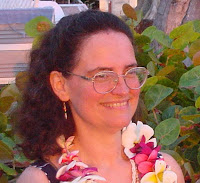 The Long and the Short of It is very pleased to welcome Debbie Mumford. Her writing career is taking flight. She's been a regular contributor to Flash Me Magazine and her ebooks are available from Freya's Bower and from The Wild Rose Press, writing as her young adult alter-ego, Deb Logan.

I asked Debbie what advice she would give to a new writer who was just starting. "If you want to be a writer," she said, "find a critique group. Not just any critique group, but one that has published authors in regular attendance."

She shared with me that the first thing she wrote was a 100,000 word novel. Her attitude in the beginning was, "I had an idea; I was an intelligent woman with a computer; what more did I need?"

"I sent that ill-fated novel out to countless editors and agents," she told me, "and received an equal number of form rejections which told me nothing about what I'd done wrong. Frustration reigned until I discovered my critique group. I can honestly say they taught me my craft."
She admits that sometimes being in a critique group is not for the thin skinned. "Develop a thick skin and rejoice when your stories are shredded," she advises. "It's the fastest way to learn. I read lots of articles on craft, but until my own work was dissected and the errors pointed out, I really didn't understand what was being said. Thank heavens for patient mentors."

Speaking of mentors, I asked her what authors had influenced her own writing. "I can think of several layers of writers who have been important to me. The foundational ones—those whose tales turned me into a compulsive reader—were Robert Heinlein, Isaac Asimov, Madeleine L'Engle, and Arthur C. Clarke. I still remember choosing Podkayne of Mars by Heinlein from the school library when I was about ten." She continued, "Later loves were J.R.R. Tolkien, Anne MacCaffrey, Piers Anthony, and Ursula K. LeGuin. Now days, I'm entranced by George R.R. Martin, Diana Gabaldon, Jim Butcher, J.K. Rowling, Nora Roberts, and Linda Howard."

Debbie works a 40 hour week as a technical writer so most of her fiction happens early in the mornings and on the weekends. She told me she usually gets up at 5:30 to have an hour's writing time before she had to leave for her office (because of getting up so early, she's rarely up past 11:30 pm). It's a good thing she's a morning person, though she admitted she'd be happy if her mornings didn't start quite so early. The evenings are usually out because of being drained from her work day, with the exception of Tuesday nights. She told me, "On Tuesdays my weekly writing group gathers at my home and we all work side-by-side on our individual projects. Energy isn't a problem with my writing buddies in the room!"

When I asked her about her writing space, she said, "I write on a laptop in a recliner. Seriously. I relax with my feet up and a cushioned lapboard. There's an end table on my right where I deposit said board and computer when I have to get up and a bookshelf on my left will all my favorite craft books, research volumes and inspirational reading." She laughed and added, "I believe in comfort."

Her Celtic background (Scots, Irish, and English) played deeply into her love for dragons, faeries, and all things magic. This is evident in her latest release, Dragon's Choice: Sorcha's Children Book 1, which continues the story which began in "Sorcha's Heart." She calls it "the little story that kept going!" She told me, "Sorcha began as a 5,000 word short story written for the L. Ron Hubbard Writers of the Future Contest. It made it to the quarter finals, but didn't have the oomph to make it to the finish."

Debbie expanded it into a novella and contracted it to Freya's Bower. She obviously discovered the "oomph" because Freya's Bower like it well enough to offer her a contract for two additional novels to follow it. Dragon's Choice is the first of the two novels.

Here is a little bit about both "Sorcha's Heart" and Dragon's Choice:

A legendary relic, a dragon-wrought amulet, the Heart of Fire may be the salvation of her people, and Sorcha is willing to pay any price to obtain it, but when she discovers the price is the loss of her humanity, she learns caution too late. Only a hero can save her, and he isn't human.
Dragons’ Choice:

Sorcha and Caedyrn's love has created a new breed of beings. Neither wholly dragon nor fully human, Sorcha's children shapeshift at will. The six fledglings have been raised as dragons, but the time has come to explore their human heritage. Aislinn and Taran are the first to leave the ice aerie for the world of men.

Aislinn discovers the lure of sexuality amidst the intrigues of King Leofric's court, while Taran learns the source of his debilitating malady. The siblings confront danger and prejudice among their mother's kin and discover love along the way. But love creates dilemmas: To live within the ice aerie with their dragon kin, or live amongst humans? Aislinn and Taran must make their choice.

Read more about Debbie at http://www.debbiemumford.com/
Posted by Long and Short Reviews at 1:10 PM